(Update: Very honored that the developers of the Mettle Skybox Suite have reposted this process on their Skybox Studio blog)

Here is the original article: How We Made A 360° Virtual Reality Video Without A 360° Camera

The 360° fully immersive virtual reality environment was created without a 360° camera and reverse-engineered from a cubemap and a fusion of handcrafted panoramic images sequenced with custom textures, video and music.

Here are some views of the cubemaps 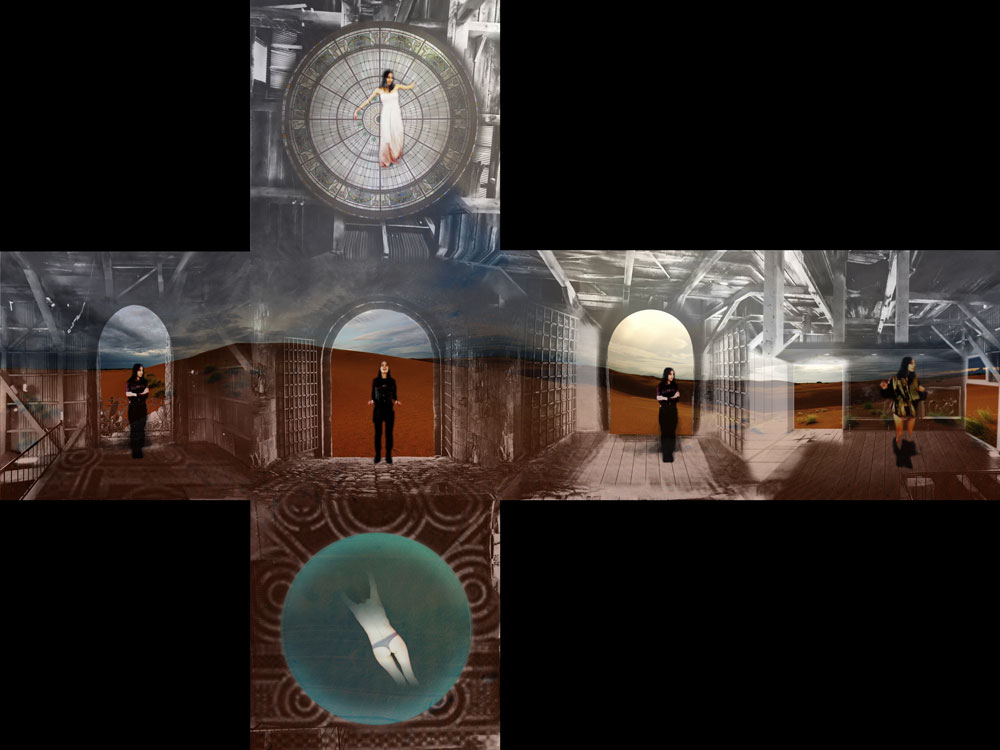 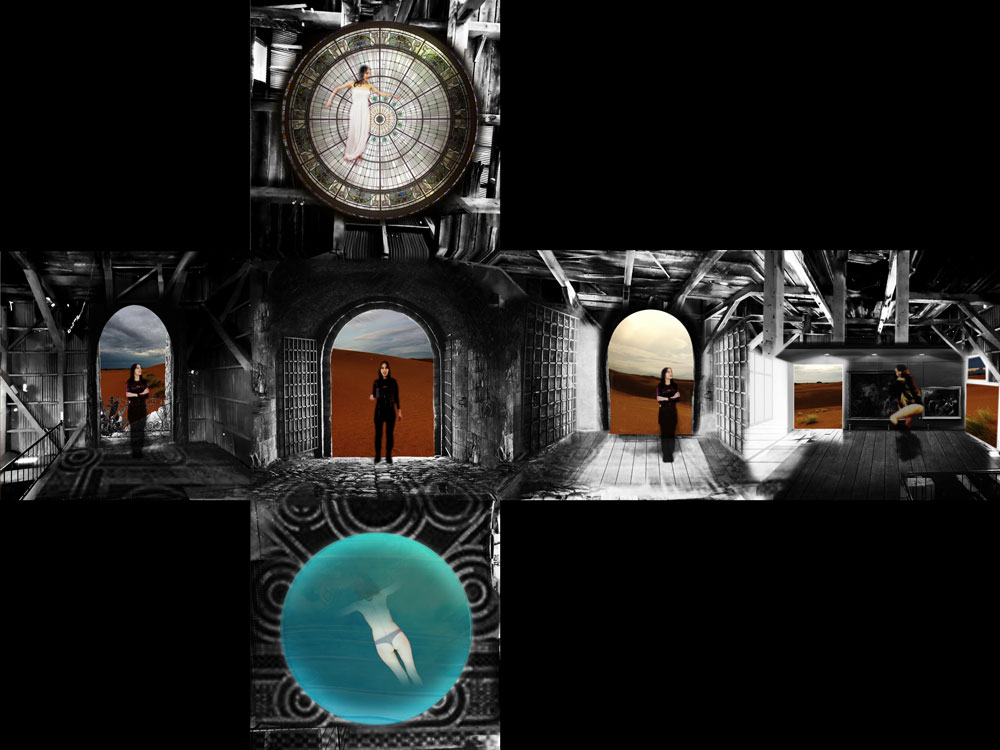 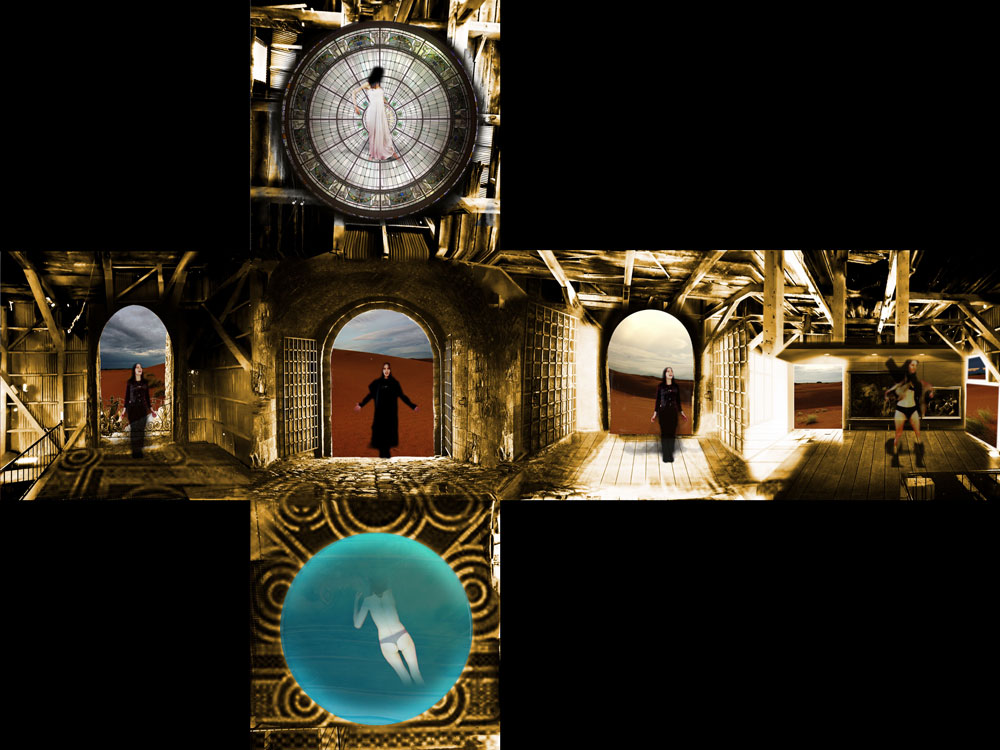 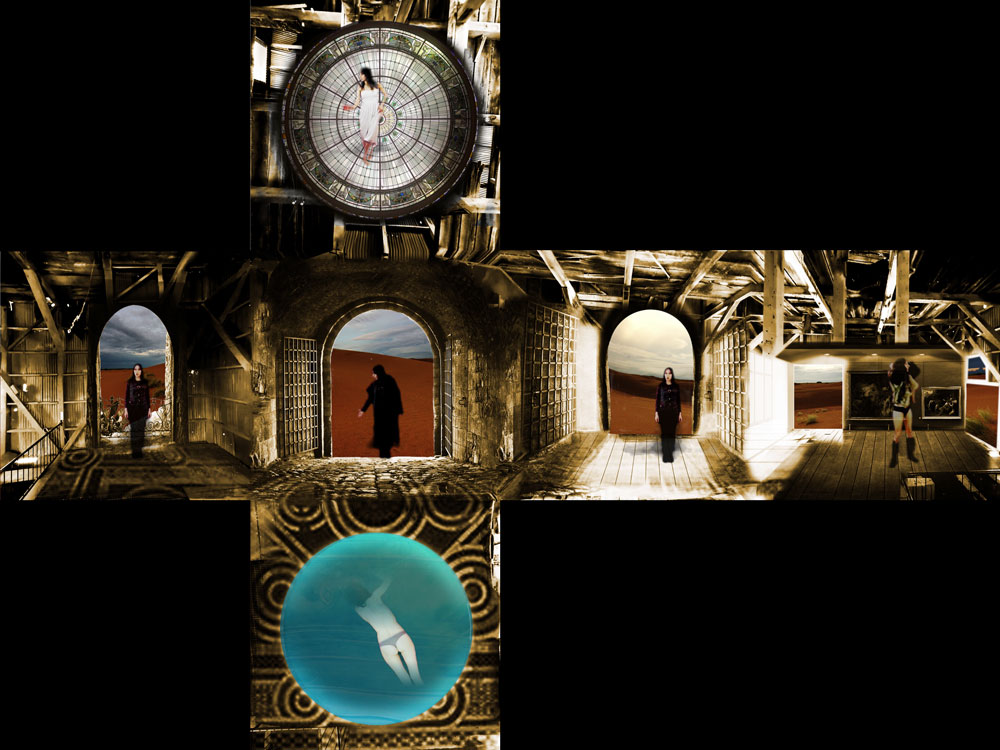 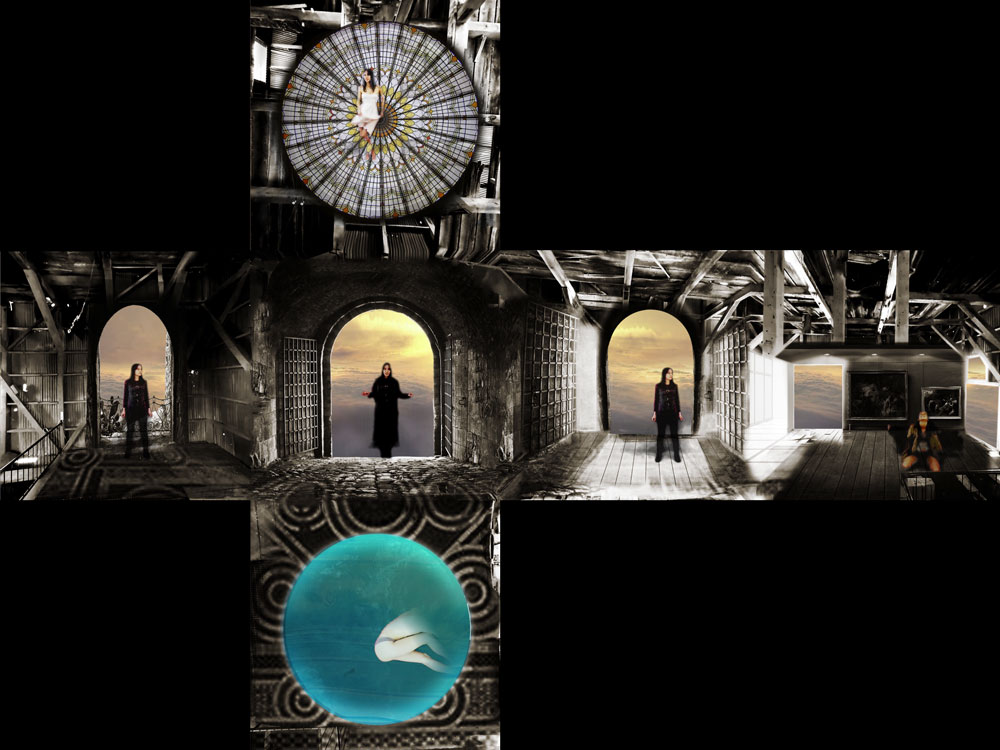 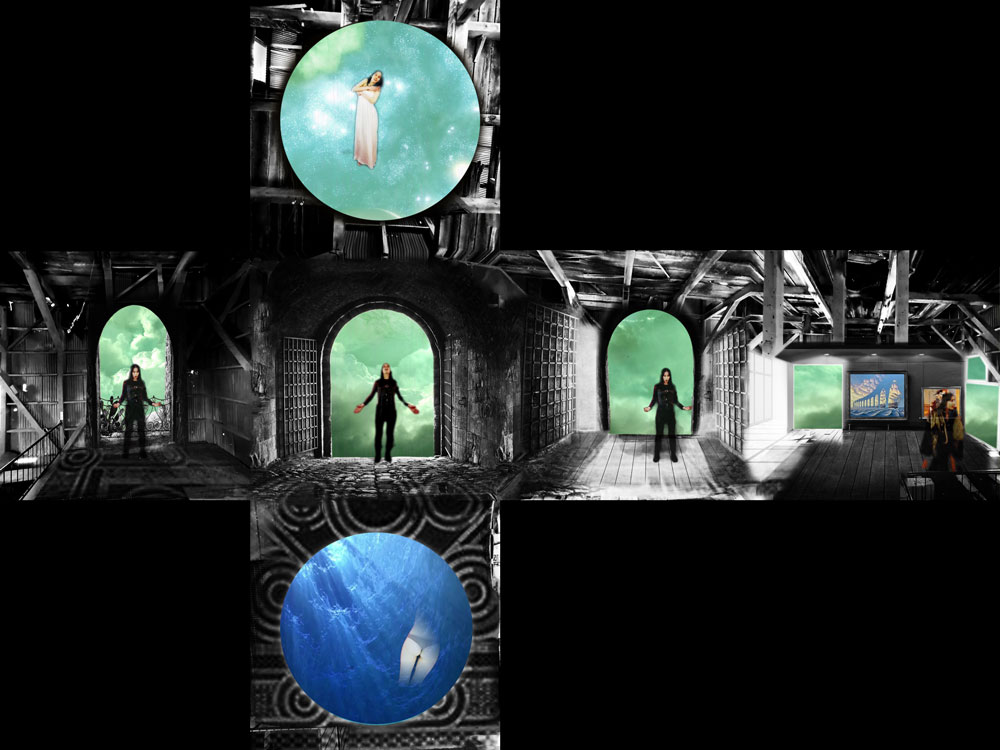 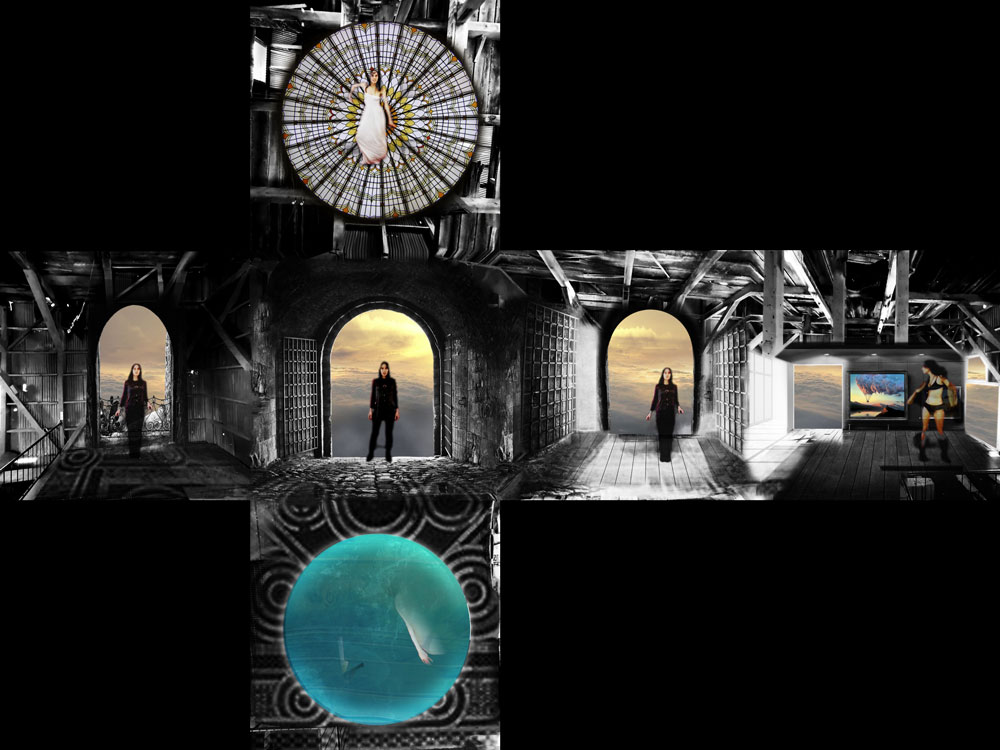 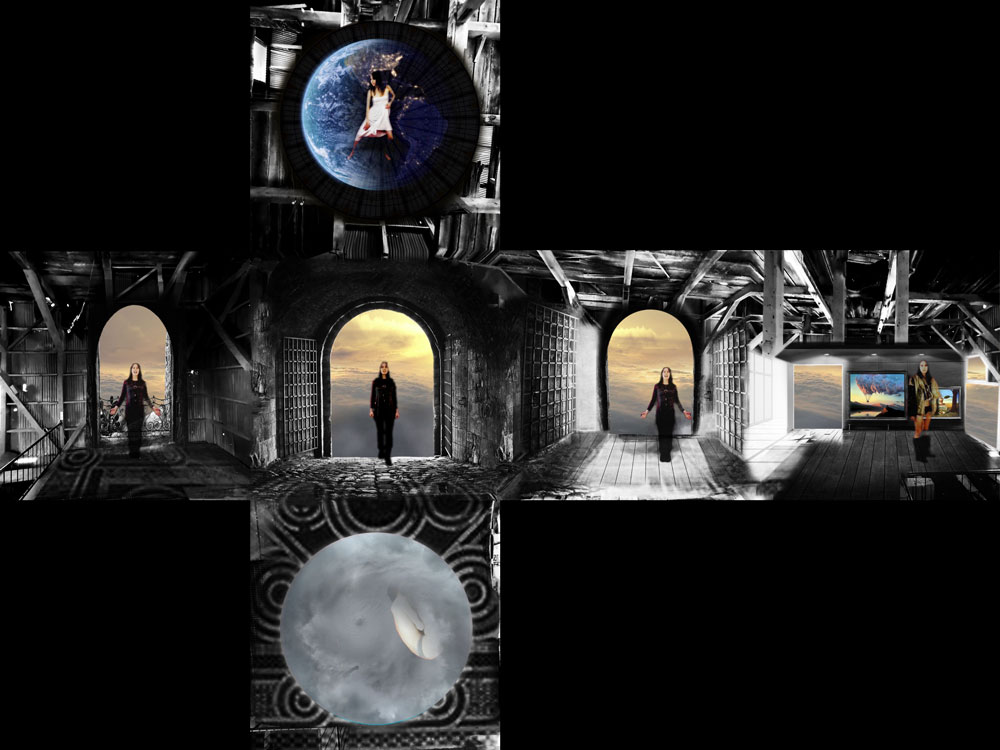 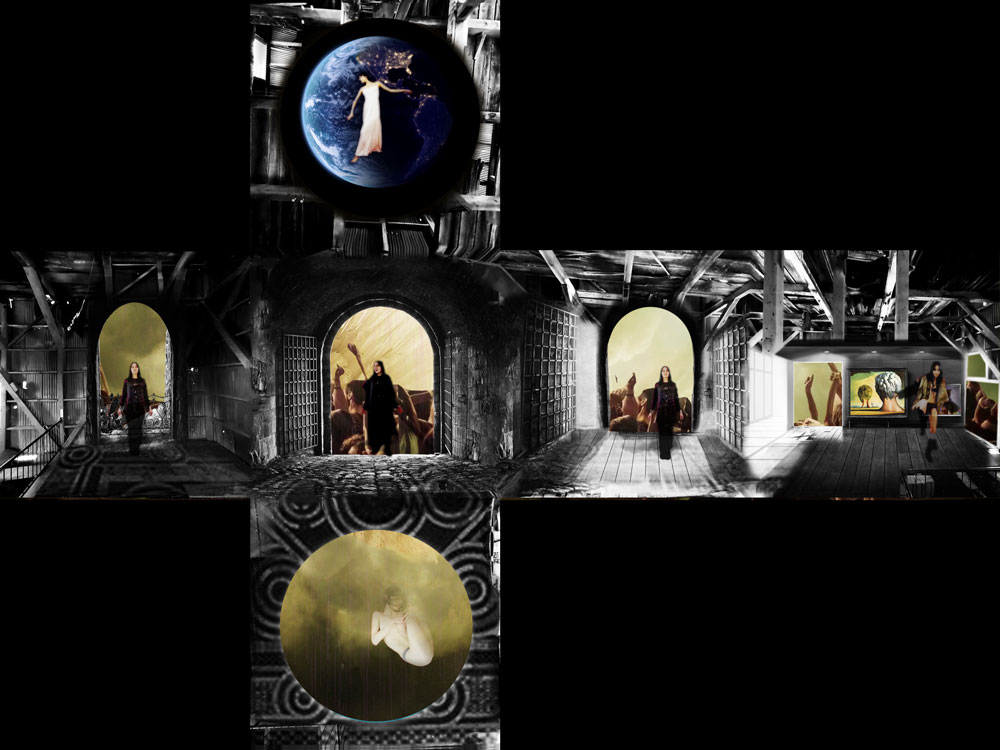 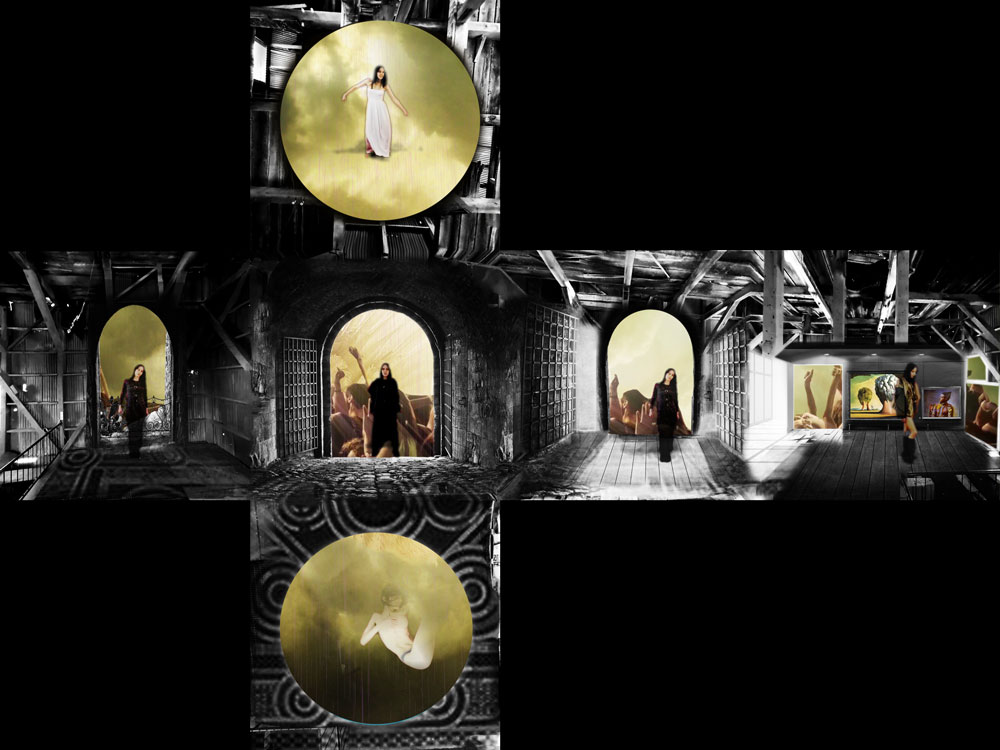 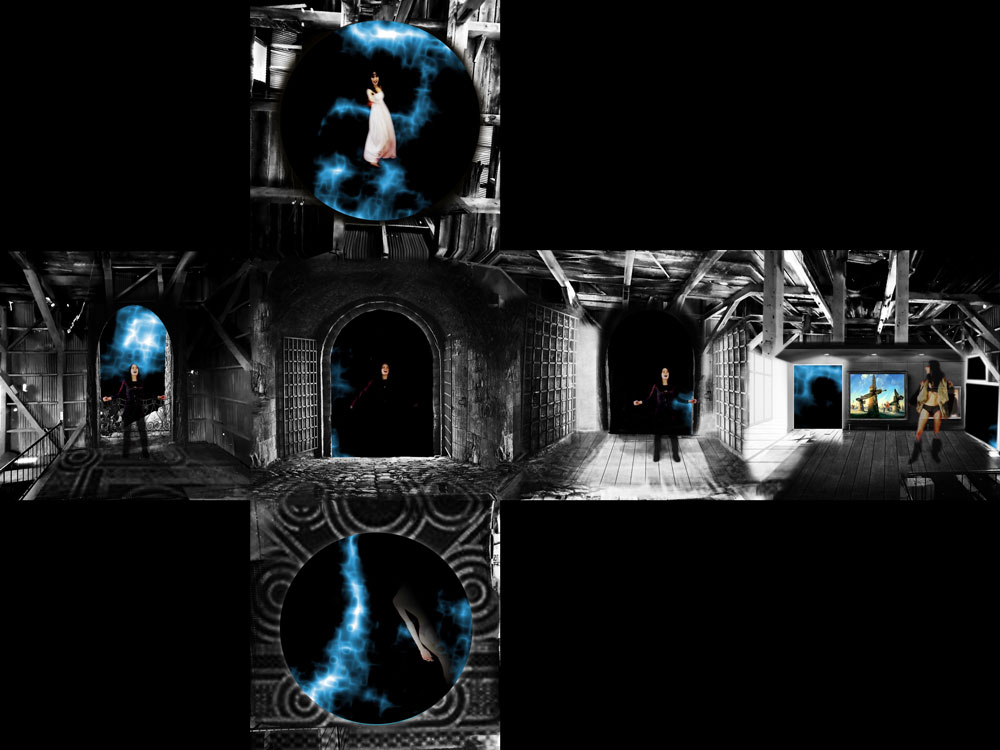 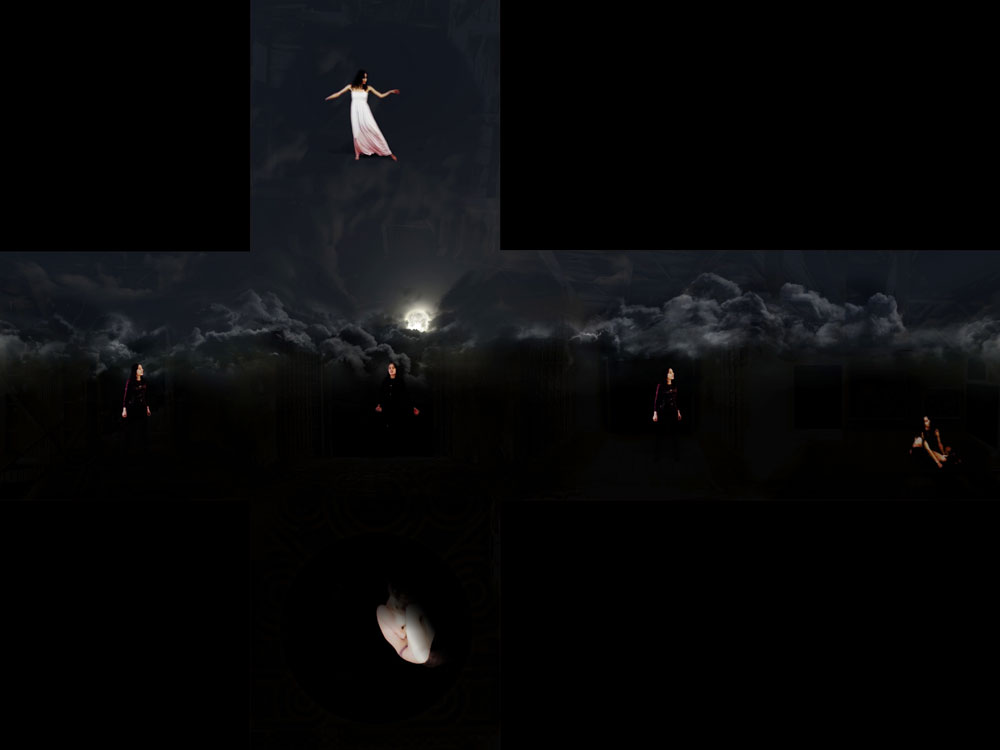 We found an open source 360 equirectangular panoramic image and applied the Skybox script within After Effects. Skybox Extractor normally takes the footage from a 360 degree camera and makes it possible to edit it undistorted in After Effects. Within Skybox though is a converter which converts footage into fulldome, cubic cross (cubemap), spherical, and equirectangular formats.

When we saw the cubemap image from within the Skybox conversion, we figured why not export out that image and use it as a guide to build handmade cubemaps in Photoshop and then swap out the cubemap within the Skybox script extraction. With a few adjustments, that gave us the ability to create the 360 degree space without 360 footage. We added the green screened video of the singing parts as layers in After Effects.

Skybox Studio allows you to display your video as Skybox Edit, Skybox Preview and Skybox Output.

Please watch in FULL HD and use VR headsets or Google Cardboard and a smartphone.

OH. is a rock and metal multi-instrumentalist — guitar (electric and acoustic), bass, drums, violin, piano and percussion and sound engineer who mixes and masters her work. She released her debut progressive rock EP “Sleeping World” in 2013 with the award winning video “Trials – A Song for a Lost Generation” and metal album vinyl release, “Synemotion” in 2015.

Reviewers compare the timbre of her voice to Sharon Den Adel, Anneke Van Giesbergen, and a cross between Kate Bush and Tori Amos, her musicianship to Steve Vai and Joe Satriani, emphasizing her unique style, as one said, “She defies analysis somewhat as Queensryche” with distinctive sound of her own.

Available for pre-order on:
iTunes
Bandcamp