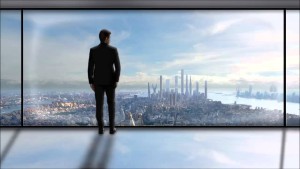 Sleeping World just received wonderful review in Prog Archives from Mark Healy. Mark is the genius behind the prog rock project, Hibernal. The Machine, Hibernal’s debut album, is a unique prog rock journey that explores the themes of ambition, sadness and our choices in life. All of this is told through crunching hard rock riffs, heart-wrenching melodies and soaring guitar.

This is Mark Healy’s review from PA about the debut EP, Sleeping World:

“Writing, arranging and producing everything herself, Olivia Hadjiioannou displays an enviable array of talents on this EP entitled “Sleeping World”. It doesn’t stop there, as she also provides vocals and plays all the instruments: guitar, bass and violin to name a few. You could be forgiven for thinking that stretching across so many facets would invariably lead to a weak point; it doesn’t. This is a terrific EP and hopefully the first of many releases from this artist.

Thematically the EP revolves around some of the struggles of modern life in our rapidly changing society. Olivia delivers the lyrics in a range of styles, from soulful and moody to strident and at times raw and unrestrained. And when she cranks it up, it’s verging on spine tingling.

In terms of instrumentation, there’s beautiful acoustic guitar and some great heavier riffing, and a smattering of smokin’ lead as well. There’s also a few catchy synth hooks, such as the one featured in “Have You Ever”, which is probably my favourite track. On this song Olivia ramps it up with some chugging distorted guitar and those amazing vocals. This is definitely one of the proggier tracks and also features some interesting percussion to add some flavour.

While there’s definitely plenty for prog fans to take away from this EP, there’s also no shortage of mainstream appeal and I wouldn’t be surprised if there are big things in store for OH.”