A wonderful interview with Vasilis Bonios from the Greek opinion magazine “Kourdisto Portokali”
Some of the best interview questions I was ever asked. 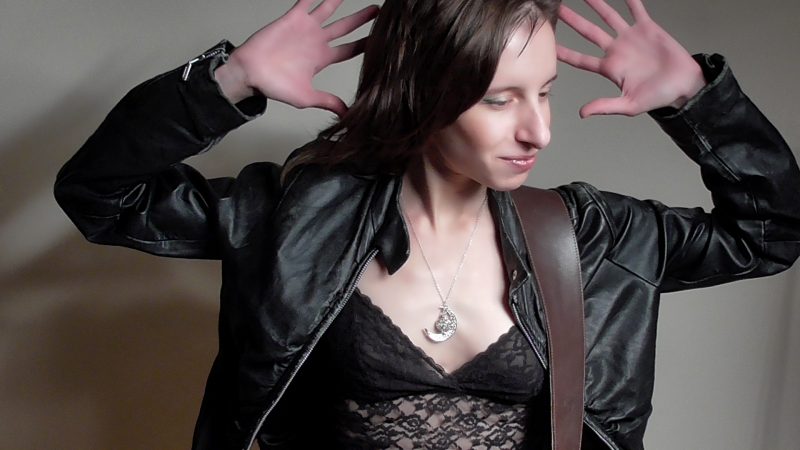 -Oh., your website [olitunes.com] stands up well against the relevant ones of the biggest bands in the world. You did a great work. People who visit your website enter a fascinating world. Your world…

Thank you very much, the intention was to create a space where people can get to know all of my musical sides. Now, I’m also experimenting with 3D browser experiences like WebGL which gives more interactivity and creates a place where the ones who enter can more deeply experience a portion of your world.

-While I was listening to “Synemotion” I felt grateful that you stay in Greece even for a while. What “untamed” genes have given birth to such a talent as you?

Thank you for your kind words. If by “untamed” genes, you are referring to what is “untamed” in me, I would say that my consciousness tries to grasp a glimpse of every human’s story, and reflect on how we exist on a planet so solid yet our emotion so fluid.

I do this in my music, by translating this emotional fluidity.

The intent is to empower the listener to valiantly and honestly allow themselves to travel to the limit of the emotion…not fear where this emotion travels to.

These emotions are like a tiny light inside of you, traveling to places that are unknown to you or places you might fear there is no way back from. So, when I’m saying honest. I mean to allow yourself to travel to the places you need to go. Because there are messages hidden in those places, known and unknown that need to be lit up, even if they are scary.

I might talk about pain but it is going to be resolved in the end. The listener can go into deep waters without drowning because the music has gone there and still stands.

So instead of controlling or manipulating the audience’s emotions, like most music does. Instead, I’m trying to allow the listener to follow their own feelings and express themselves freely.

–In what phase of your life did you write “Sleeping World”? Do you remember what the time back then was? I think you were somewhere between Athens and New York…

I started recording what later became the album “Sleeping World” in New York and completed in Athens Greece.

I was caught between two economic crises. I left Greece only to find myself at the height of the crisis in New York City and then a couple years later back to Greece at its darkest time. There was a lot of misadventure, fear and uncertainty.

“Sleeping World” was about this realization — that you cannot depend on religion, education, government or idols when one’s survival is at stake. When you have no home and are not certain of where your next meal is coming from.

With everything stripped away, you are left with only yourself and who you are and what you will become, either you evolve or end up a victim.

-Do you believe that the world out there knows the Truth? Or do we have ‘Deserted Eyes’?

We all go through moments of despair and I find that to be healthy.

When you are desperate, you see no light. But, if you even are in this desperate moment, you can sense there is this fire somewhere, even though you can’t see it…burning always …invariable flaming. If you can sense that fire, even for a second, to stop you for that second and remind you that if the fire wasn’t there, we wouldn’t be here as well.

It is not whether you are aware of the truth or not. You are a part of it, since you exist.

Do you test your limits or maybe your audience’s reaction with every new single you produce?

Neither. I care only about the composition. I would like to believe that I improve with every album and single musically but, what’s most important for me is to follow each composition’s inner compass and navigate along those guidelines – whether that is something crystal clear and skillful or radical and revolutionary. Whether it is surreal like Dali or abstract like Picasso.

–What should we expect from “Metallia”?

‘Metallia’ is a progressive metal concept album that explores all the facets of our mind.

This album doesn’t have to do with the emotional side of our bodies but the mind, the mechanical mind, how it drives us crazy with possible insanity. And how we can connect the insanity in our minds and brains with our heart and souls.

Are you interested in taking this ‘mind trip’ with me?

–Tell me, what do you love about New York?

What I love about New York is the mindset.

The mindset is to have a dream, do it well and achieve it. It doesn’t matter whether you are selling sandwiches, taking photos of public toilets (a job I did) or becoming a successful artist. It is supported there. People are positive about it, believe it can happen. The feeling of potential and realizing dreams is there, whether it is possible or not.

–Can you remember a night of inspiration?

Only one? I don’t think I can differentiate between being creative or not. Composing music or washing dishes are both inspired actions.

Are you ready to become a world-known star with a million-dollar annual income? What would you change in your life and what would you keep stable?

Ha ha, I don’t think I’ll have that kind of career in my life as long as I come out with progressive music… lol. But you never know now, do you? (wink, wink) I’ll be happy to make a living out of it … although, I sometimes think this also is too much to ask for.

—You are a star that rises against a background of a bankrupt country. How did you succeed and escape from the darkness?

Oh no, every day I “fight” through darkness, how else would I have been able to recognize the shadows on the wall of this cave (Plato)? (smile)

-Would you like to tell us a few things about “Prog Unshaven”, your album that is about to be released in Spring 2018?

I feel I shouldn’t say much about it yet but, I can say that it is an album embracing the elegance of natural and unrefined beauty… thus the title “Prog Unshaven”

–Where do you go out for fun in Athens?

I enjoy those silent moments at the beach right down from where I live when I take a break after a day in the studio.

–Out of the artists that you appreciate which would you like to share the stage with the most?

Well, let’s see… Honestly, I don’t have a preference, it would be a lie if I named a few bands or artists.

There are so many respectable artists out there such as Queen, Led Zeppelin, Judas Priest, Scorpions, AC/DC, Black Sabbath, to artists like Tom Waits, Bob Dylan, David Bowie, Stevie Ray Vaughan, Michael Jackson, Jimi Hendrix, Joe Pass, the list can go on and on and on…

Now, I am aware that some artists I mentioned above are no longer with us but, if I was to be on stage with somebody I know I would be joyful to share a moment like this no matter who this artist is.

–What is the most exciting concert you have ever been to?

I’ve only been to a few big concerts in my life and the two I enjoyed the most was the time Scorpions were here and I got to meet Klaus Meine and a concert with Steve Vai.

– What are the women in the music industry you admire and why?

You are making me crawl and nudge the spiders away from my cassettes…not cd’s, with this last question. I hardly listen to music anymore, by the time I’m done with a day’s work in the studio all I want is some quiet time. I hope the listeners don’t feel the same way about me though… ha…ha…ha. Here we are: Etta James, Barbra Streisand, Billie Holiday, Kate Bush, Maria Callas. I respect all of them for their uniqueness; whether that is in the tone of their voice or musically.