On November 15, 2018, I headed out to the Metalzone Radio studio Irakleion in Athens, Greece to speak with Kostas “PureViL” Kyriakakis the founder and chief editor of the Greek heavy metal website Metalzone and producer of Metalzone radio and show “This is Heavy Metal”.

We talked in depth about “Metallia” as well as discussing the state of the music industry, music production and distribution. Kostas spoke in depth about metal music and the metal community.

Kostas is a veteran of classic metal radio and it was very refreshing to find how broad-minded and “progressive’ is his point of view. He is one of the few of the metal genre who embrace new music and it was an honour that he felt Metallia worthy of his listeners. It is radio hosts like Kosta that bring new sounds to the world’s ears.

Metalzone and Metalzone radio have since 1999 helped many metal bands in Athens and Greece and have made a great contribution to the Greek Metal community.

Please visit Metalzone and listen to the “This is Heavy Metal” show which broadcasts on Tuesday and Friday from 22:00 – 01:00 on Metalzone Radio. 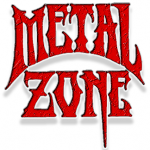 Metalzone.gr has been online since May 2001. The Metalzone radio show has been ON AIR since 1998, and broadcasts music from the Heavy Metal scene with special features, presentations of new releases, tributes to bands, contests, reviews, open discussions and more. In 2006 they were voted by the readers of the Greek edition of Metal Hammer magazine as the best metal radio show in Greece. The shows are also broadcasted through Metalzone Internet Radio and Mixcloud 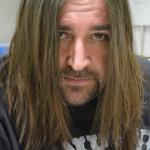 Kostas “PureViL” Kyriakakis is the Founder and Chief Editor of METALZONE and producer of Metalzone radio. The idea for METALZONE originated in the summer of 1999. His show “This is Heavy Metal” broadcasts on Tuesday and Friday from 22:00 – 01:00 on Metalzone Radio. His show plays hard music and Heavy Metal, forgotten bands from the 80’s as well as opening the horizons to listeners who want to learn more bands rather than just listening to this genre.