Finding the right path
by Oh. on April 18, 2013 in Have You Ever Photography Words 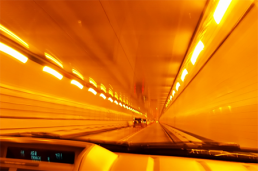 Truth sometimes can be very frightening, as is change… especially when we are given no other choice but to face the consequences of being caught up in restless situations, feeling trapped and lonely, perhaps even helpless.

It’s funny how a single event can change your entire life though, you never know and never can be sure when it will come to pass.

Nevertheless, people seem to enjoy choosing certain life paths that they adamantly believe reflect their spirit. But these paths may only be deep trails forged by repetitive reflections, old memories and the murmurings of thousands of people over the years – and not as “chosen” as they believe.

Following your own original dream might be difficult to achieve, because of fear of the unknown and the fact that there is nothing or no one holding a light to guide you wisely throughout the tunnel.

In the known, new forces are burdened under many thought forms and past behaviors that can easily overtake you as you try to avoid what you don’t want.

It somehow feels safe and nurturing knowing that somebody else has walked the route before you, has already beat down the threatening beings and once again come out alive – something like a shelter that gives you protection not because it is actually there beside you every step of the way, but by transferring the idea of success. OH.