“Red Lion” by Oh. on “Ladies in Rock” Special on the Radio Show Fireworks on RDT Radio
by Oh. on April 16, 2019 in Interviews Metallia Radio
41
SHARES
ShareTweet
Subscribe

Tonight inside the show “Fireworks” broadcast by Michael Fontana on ? RDT Radio Station. Annalee Hudson  of “Ladies in Rock” ? curated a special “Fireworks in Ladies”.

Ladies in Rock – Five women living in different places throughout Italy and Europe united in their passion for rock and metal music created LiR in 2013 in order to promote and enhance the role of women in music, going beyond sexist clichés. We were born to celebrate MUSIC in LIFE. Music is life, is love, is pain, is sex, is joy, is all that we feel translated into sound, is always a new discovery, is something you just can’t live without.

Since the beginning, one of our fundamental aims of has been to shed light on independent scenes, and support the underground and new, upcoming bands through interviews and reports.

They also aim to fight gender discrimination, promote culture and passion for art.

On our Facebook page we show a wide selection of international rock and metal, choosing based on our personal tastes, the mood of the day ,and so on… ranging from Rock’n’Roll, Hard Rock, Heavy Metal, Thrash, Death… and everything in-between. 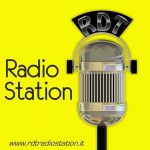 Radio Dance has been broadcasting since 1988 broadcasting at 107.3 Mhz, from the city of Trieste in Italy. Their schedule consists of numerous “formats” from the hits of the 70s, 80s and 90s, to the Top 40 of today..naturally with an eye on “emerging” artists and the new proposals worthy of note! 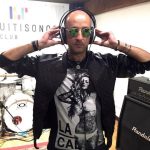