I would like to thank the team at Xymphonia and to presenter Herman Beunk for playing “Red Lion” from the new “Metallia” album on their radio program this past Sunday, broadcast from Holland. You may wish you spoke Dutch in order to hear their show which has been broadcasting for over 25 years, because as you can see from their website, they have a fantastic selection of progressive music lined up every week.

Here is the first review of the “Metallia” album. Very honored. Thank you….

The Greek beauty Olivia Hadjiioannou makes under the name Oh. (with point, indeed) progressive metal-compositions that she plays entirely on her own. In addition, the guitar is her most important instrument, but she also supplies her extremely packed arrangements with multi-layered vocals (where the voice is used as an instrument and thus not the words), violin, piano, bass, drums and percussion. She released a few EPs, singles and an album since 2013. Her latest release is again an EP, entitled “Metallia” (without a c, indeed). In the six compositions, the combining of instrument layers and music styles in six extremely concentrated packages has become art. This raises especially the observation that it is very well done, but the EP (no longer than 25 minutes) listen in its entirety leaves you completely consumed. The most accessible track is, very clever, placed at the beginning. Chopping metal guitars, a funky bass rhythm and harmoniously in the background sounding singing choir are the most striking ingredients, but the fullness of the whole guarantees that professional listening brings out more details. Do you get bored quickly by the average (progmetal) music offer, that will not happen to you at “Metallia”! 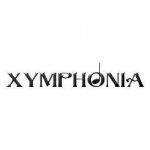 Xymphonia is a weekly, two hour radio show broadcasted on the local public radio station of Almelo, a town in the Eastern part of Holland, some 20 miles from the German border. Being in its nineteenth consecutive year, it has become the longest running prog show on public radio in Holland. The program is produced by Christian Bekhuis , Herman Beunk , Maurice Dam, Aldwin Gerritsen and René Yedema who try to give a wide perspective on progressive, melodic and symphonic rock both from the past and the present with the occasional excursions into the territory of progressive pop, jazzrock, progressive metal and folk / singer-songwriter.

One of the trademarks of Xymphonia is the extensive coverage of the newest releases. But of course the big names and the smaller heroes of the classic progressive rock genre are not forgotten. Recurring items in the show are the gig guide, news items and forgotten gems from progressive rock’s past.

Every Sunday evening the show is broadcast on local radio Omroep Almelo from 8 pm CET. If you do not live in the near vicinity of Almelo you can now listen to our show through the internet. The current program is available on demand for a full week after the live show.

The program can be listened to in the air and live via an online stream via: aafm.nl/programmas/xymphonia/