Nick Katona: A power behind progressive rock music
by Oh. on May 24, 2013 in DJ's
19
SHARES
ShareTweet
Subscribe 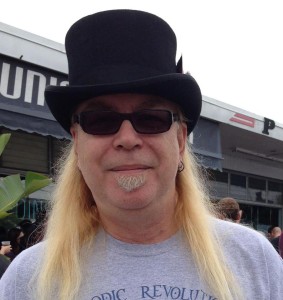 In a sea of millions of online musicians – I was very fortunate to have found a safe port where a warm community of friends, musicians and industry professionals dedicated to promoting “all things and all era’s and styles of progressive rock music” exists – the social network – Power of Prog.

Power of Prog was launched September 2009 by a grassroots independent label Melodic Revolution Records which specializes in Prog but also works with other genres of music. The site name carried over from a 2008 Prog Festival hosted by the label. The idea of a prog social network came to founder, Nick Katona back in early 2009 after becoming frustrated with having to go to various sites to fill his prog needs.

Though there are a lot of great Prog websites out there, Power of Prog hosts personal profiles of bands, music lovers and writers making it so easy to share experiences and music. Reading about other people’s experiences really gives someone strength and guidance in a very competitive market and in a somewhat obscure genre of music. In comparison to MySpace music and other similar places, there are no spammers or fake followers – just people who love prog and music in general.

I want to mention just how special a person Nick Katona is. He not only launched Power of Prog (and keeps it ad and spam free) but also is founder and president of Melodic Revolution Records which as his site reads:

“Brings together musicians, artists, and every day people to keep the inspiration and imagination of the arts alive. The telling of a story through a song or art has an impact and long lasting effects in our daily lives. We try to promote these effects in hopes that people will continue to use music to learn, entertain, inspire, and open new doors in their lives.” 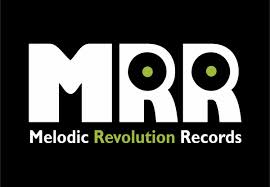 Nick, who has been in the music business for over 30 years, has scouted out many unknown and independent artists from all over the world and given them a chance to produce and distribute their works. Some of my favorite artists like Corvus Stone (Avant Garde Prog), Murky Red (Rock), Oceans of Time (Symphonic Power Metal), Andy John Bradford’s Ocean5 (Progressive Folk) and The Minstrel’s Ghost (Progressive Rock) – I would have never had the chance to hear if it weren’t for Nick’s efforts in getting their music distributed.

Most of all though, I want to thank Nick for taking a chance on me and playing my music on the radio for the first time on his show as DJ Revolution on AiiRadio.net.

He played my songs (to my great surprise) one night on “The Late, Late Night Early Morning Show” and ever since then the ball has been rolling. Many of my fans have tuned into his show and are hooked now. It is one of the most original radio shows around and as one fan said, “Nick’s show made me want to listen to music again.” He chooses an amazing collection of songs!

Thank you Nick for everything. 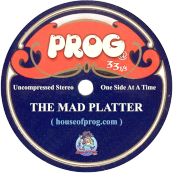 Spinning the best Prog on vinyl, because music was meant to be heard one side at a time.

One Response to Nick Katona: A power behind progressive rock music