Gagliarchives is a progressive rock radio program hosted by veteran progressive rock DJ Tom Gagliardi, and serves the Philadelphia area and the Jersey shore for 26 years and 21 Years At 88.9WBZC FM.

Progressive rock DJ Tom Gagliardi of Gagliarchives Radio Philadelphia had an EPIC 5 hr show last Saturday night on 88.9WBZC FM…this is the post show wrap-up…some kind words about OH. at 4:40. Thank you for the support and honor. 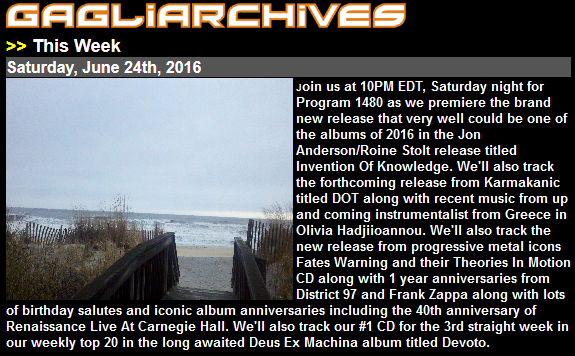