OH. – New Review of ‘Love Will Heal’ on Floorshime Zipper Boots
by Oh. on September 19, 2015 in Love Will Heal reviews
ShareTweet
Subscribe

“Love Will Heal is the epic new single from NYC artist, OH. Built from a singular studio session that led to self analysis and discovery, this track is a moving, soul touching work from a masterful artist. Deep, dark and compelling, This is another must have from a superlative talent.”

Stream and buy Love Will Heal at the link below. 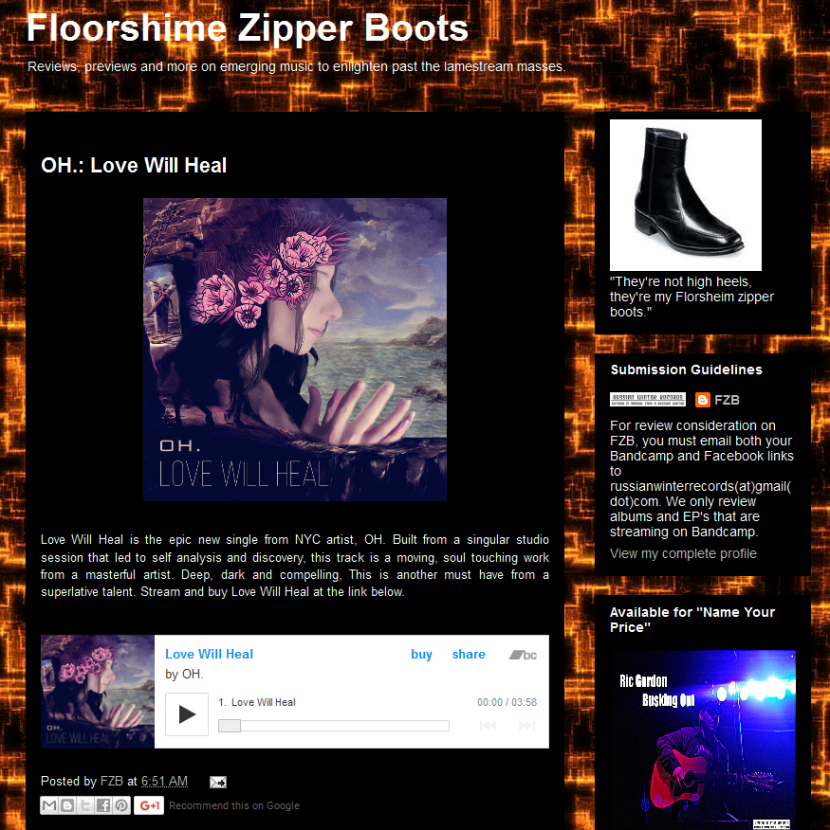 Floorshime Zipper Boots is a music blog that reviews music on Bandcamp. From the blog:

“Reviews, previews and more on emerging music to enlighten past the lamestream masses.” 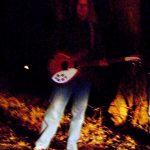 It is run by musician Prevrat (Ric Gordon). Artist/producer Prevrat blends influences from electronic, post-punk and new wave into music ranging from catchy synthpop, to indie rock. His sophomore album, Symbols, features the singles With Our Eyes Closed, For You, I You Too and Safe Distance.

This is his new single: