OH. – On ‘Closer to the Edge’ – Prog Rock Radio Variety Show
by Oh. on May 8, 2015 in DJ's Radio Synemotion
32
SHARES
ShareTweet
Subscribe 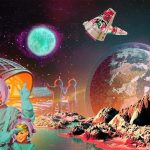 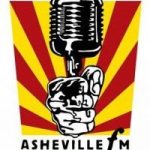 Closer to the Edge airs on Asheville FM 103.3 and online. Asheville FM is a volunteer-based, grassroots community radio station created by Friends of Community Radio, a non-profit entity. The idea for Asheville FM was hatched in early 2009.

JD is the host of “Closer to the Edge”. For the past 40+ years he has studied the genre and amassed an extensive Prog music collection including the latest bands and artists. He has many stories about meeting Prog legends like Keith Emerson of Emerson, Lake and Palmer, Todd Rundgren ex Utopia frontman, Steve Hackett formerly of Genesis, current and former members of Yes, Adrian Belew former guitarist and vocalist for King Crimson, Steven Wilson founder of Porcupine Tree and many others.