OH. – Run Away on Exposé: Exploring the Boundaries of Rock
by Oh. on April 25, 2015 in reviews Synemotion
26
SHARES
ShareTweet
Subscribe 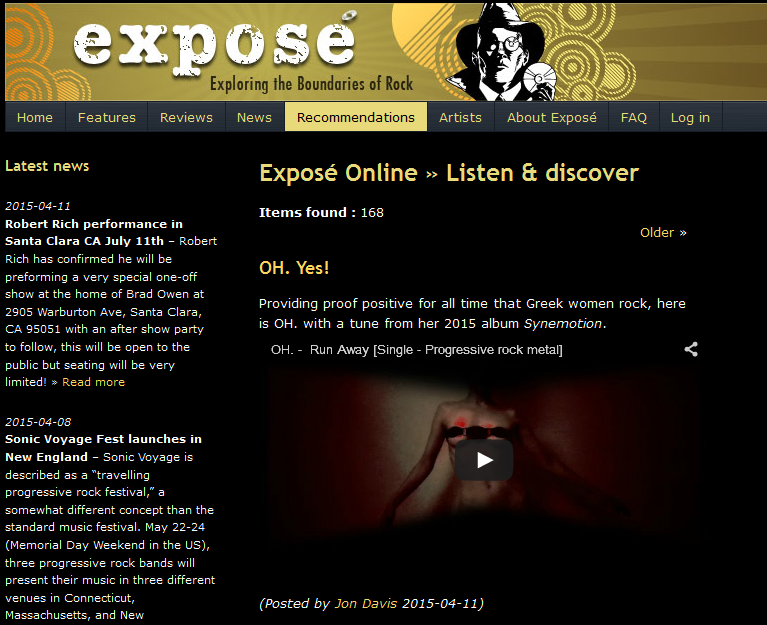 A share from the wonderful progressive rock online magazine Exposé:

Once there was music. Simple music. Maybe a nursery rhyme or a simple folk tune sung by a kind and loving voice. Soon your ears met new music, maybe a classical piece or a fragment of a pop song, a comforting melody that played in your mind the whole day through. The simplicity of youth soon gave way to the anxieties of adolescence; pop music, then perhaps rock — began to speak more directly to your spirit in turmoil. As time went by, your musical tastes continued to develop driven by a hunger for new ideas, reaching for new horizons, fusing new styles and idioms, breaking down the existing limits and barriers. Then one day you found yourself alone, ignored completely by a music and radio industry firmly set on maintaining popular music at its lowest common denominator, while your wide ranging taste for eclectic musical styles and experimentation find you increasingly disconnected from the musical mainstream. Is this you?