OH’s new album, Synemotion was recently featured on HardMusic.gr, a Greek web portal featuring domestic Rock and Metal bands dedicated to “hard” sound which posts news, features and concerts without any particular affiliation to labels or influences, as they say in their own words (translated):

“We publish news, concerts, releases. We love and honor all the giants of this music, from BLACK SABBATH as their CLUTCH, by AC / DC as the BLACK KEYS and add any other music you enjoy. But such bands are already recognized and have taken their share in the international and Greek press. Here, we will choose what we truly support, domestic, local gods or heroes, as you mention -it probably both – to believers and in the following, the new blood. All together as one force.

And because times are strange and dark, one thing unfortunately requires clarification: Far from us any political stance, any political coloration towards our love for the Greek scene. This love stems purely from music and as such we want to reciprocate therein, putting what we find and getting it the recognition it deserves. No politician, football fan, religious, racial segregation, policy, homeland, race will influence us in a way — our religion is music. The term “Greek” in front of the word “scene” comes to define the space. The neighborhood, if you get us. Where everyone is welcome and friends get guitars and make rock bands, metal, alternative, gothic, black and everything else fits the cauldron. With the support and your participation will strengthen even further this “Galatians village” to enjoy it there as it should.”

Here is a shot of the feature: 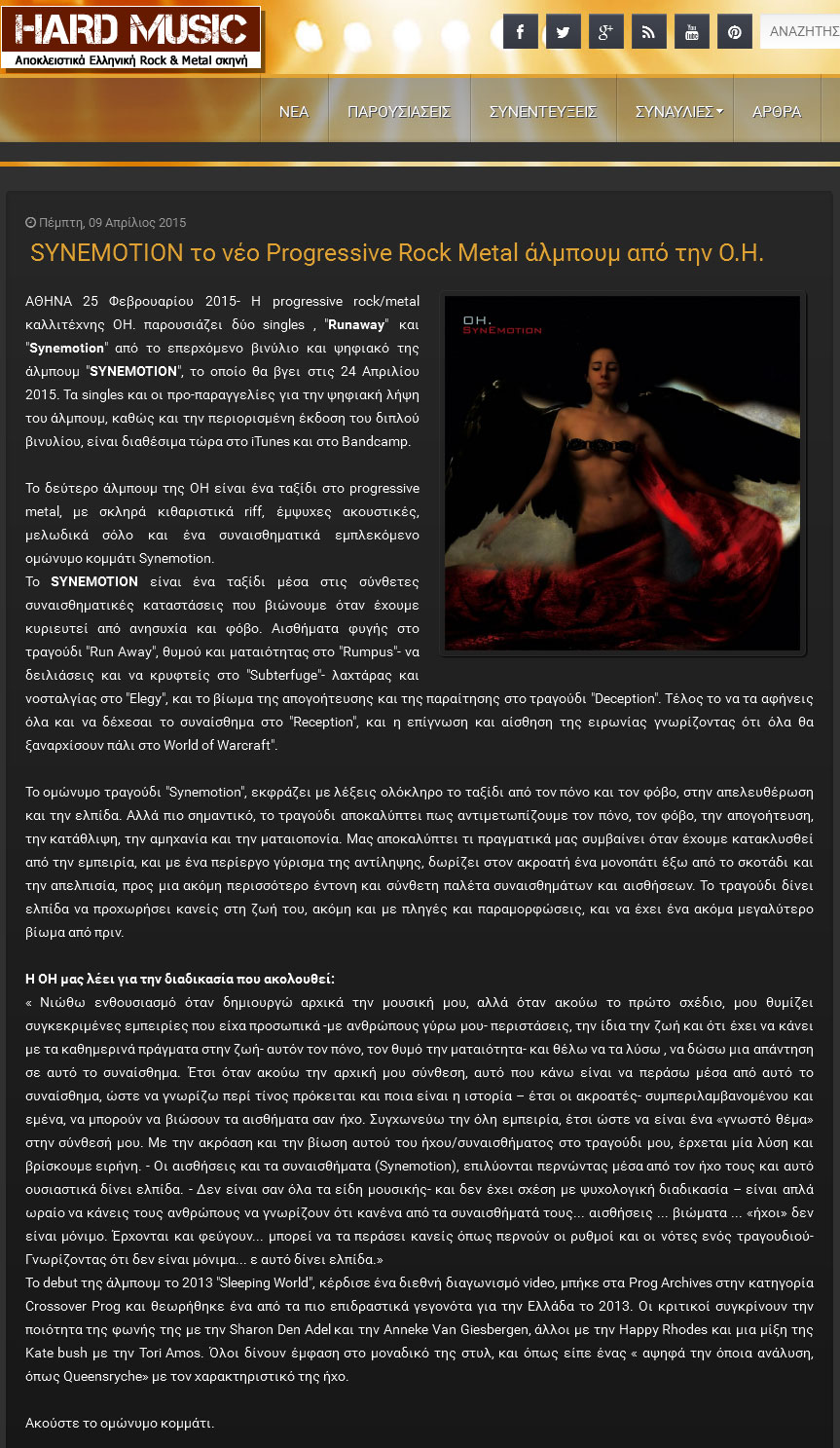