ProgRocks.gr website is the result of a partnership group of fans of progressive music and their joint decision to create an online community to collect news of Greek bands and Greek artists in the field of progressive rock.

Here’s a shot of the feature: 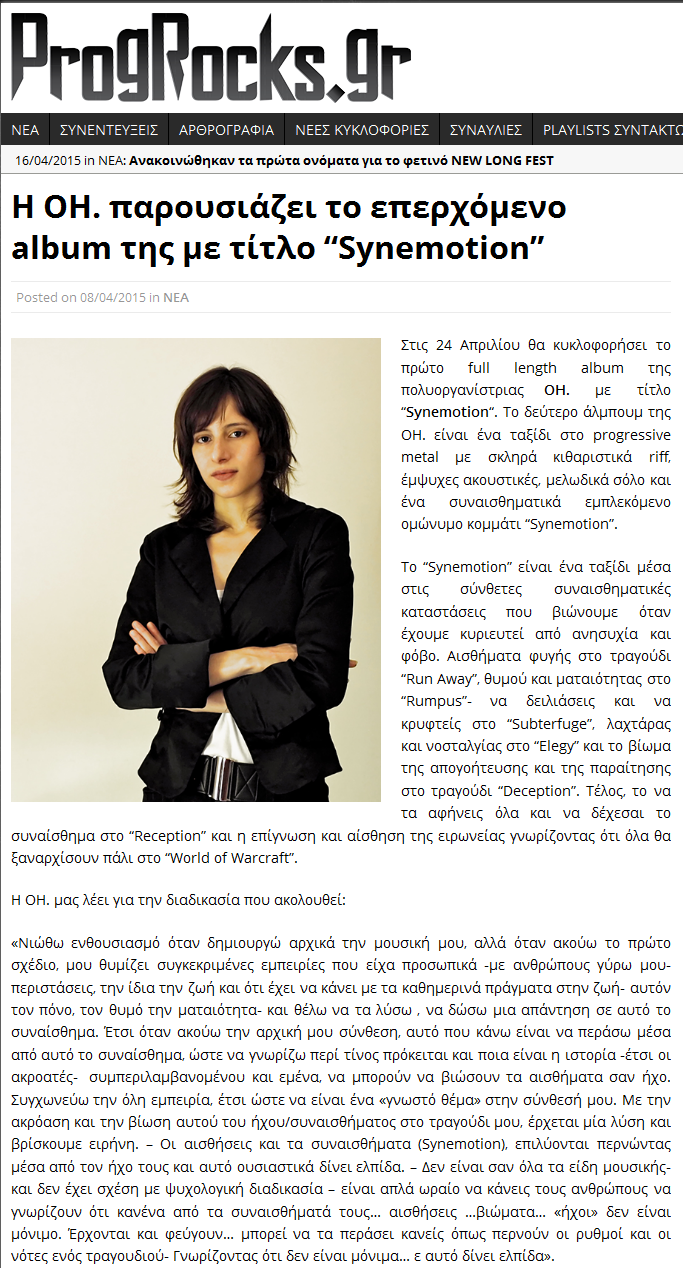