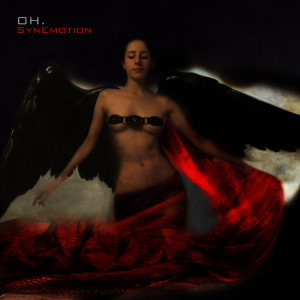 ATHENS, GREECE – February 25, 2015 – The indie rock/metal artist OH. released two singles, “Run Away” and “Synemotion” from her upcoming vinyl and digital album Synemotion set to be released on April 24, 2015. The singles and pre-orders of the digital download and the Limited Edition Double Gatefold vinyl are available now on Bandcamp and iTunes.

“When I initially record music, I listen to the first track, it will remind me of certain experiences that I have had personally – with people around me – circumstances, life itself and everything that has to do with daily life — this pain and anger and frustration – I want to resolve it and answer this feeling. So while listening to my initial composition, I pass through it so I know what it is about and I know the story – so the listeners – myself included, experience the feelings as a sound. I merge the total experience so it is a “known” in my composition. By listening and experiencing this in my song, feeling comes to a resolution and I find peace – the sensations and emotions (synemotion) are resolved by passing through the sound of it and so finally it gives hope – it’s not like all kinds of music – and is not to be confused with a psychological process – people get to know that none of their emotions…sensations and experiences..the “sounds” are not permanent – they come and go..passed through as simply as passing through the rhythms and notes of a song – knowing they are not permanent …this gives hope.”

Her debut release in 2013, Sleeping World, won an international video contest, entered Prog Archives in the Crossover Prog category and was considered one of the top 50 influential events that marked Greece in 2013. Reviewers compared the timbre of her voice to Sharon Den Adel and Anneke Van Giesbergen, others to Happy Rhodes and a cross between Kate bush and Tori Amos. They all emphasized her unique style, as one said, “she defies analysis somewhat as Queensryche” with distinctive sound of her own.

You can check out the videos for Run Away and Synemotion on YouTube. 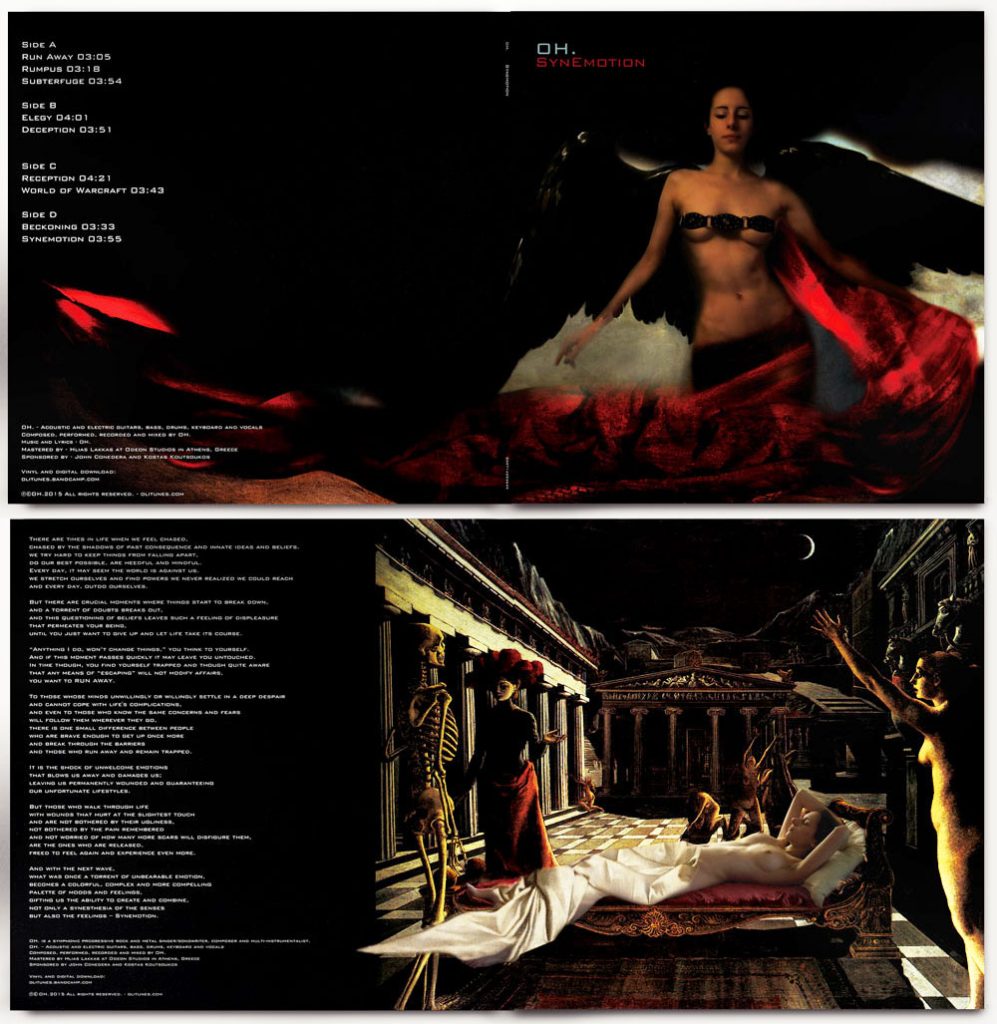 First Reviews of “Synemotion”
Something rare and unique about this artist. A young female multi instrumentalist composer and vocalist in the realm of progressive rock. Makes me a bit misty in this day of EDM muzak. Lovely textures throughout, from acoustic guitars, haunting melodies behind the powerful narration. Solid Prog cred on the arrangement, with stellar production value head to toe on sound and image. OH is force to be embraced with gratitude by any ProgArt rock fan, of which I am one.
Mark Alan Dooley ~ Fluence

OH. is a symphonic progressive rock singer/songwriter, composer and multi-instrumentalist. She lives in New York, NY and Athens, Greece
Read more of her bio

To those whose minds unwillingly or willingly settle in a deep despair and cannot cope with life’s complications, and even to those who know the same concerns and fears will follow them wherever you go, there is one small difference between people who are brave enough to get up once more and break through the barriers and those who run away and remain trapped.