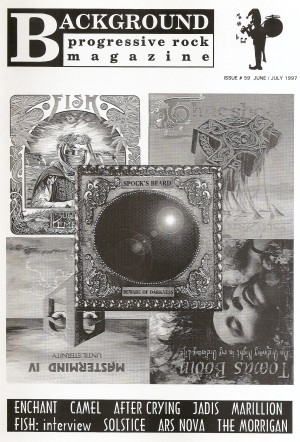 For many years, Background Magazine used to be an international magazine (printed on paper) specialized in progressive rock music and related musical styles. After 100 issues the printed magazine was retired for an online magazine. Together with web master Arthur Haggenburg, copy editor Peter Willemsen, reviewers Erik Neuteboom, André de Waal and Martien Koolen they formed a new editorial team for the online magazine.

Though Background Magazine normally reviews cd’s, the editor Henri Strik was so kind to find Angelo Hulshout of Angelo’s Rock Orphanage to review the vinyl release. Angelo was a former admin of Progarchives.com and later started his review site to support new and lesser know acts by publishing reviews on their albums and sharing news about them on social media.

Below is a lovely and deeply sensitive review by Angelo Hulshout on Background Magazine of the album Synemotion. I was so happy and honored that Angelo took so much time to examine the deeper nuances and meaning of the album as an entirety – as a concept as well as examining the instrumentation.

Thank you very much Angelo and many thanks also to Henri Strik, Astrid de Ronde who edited the piece. 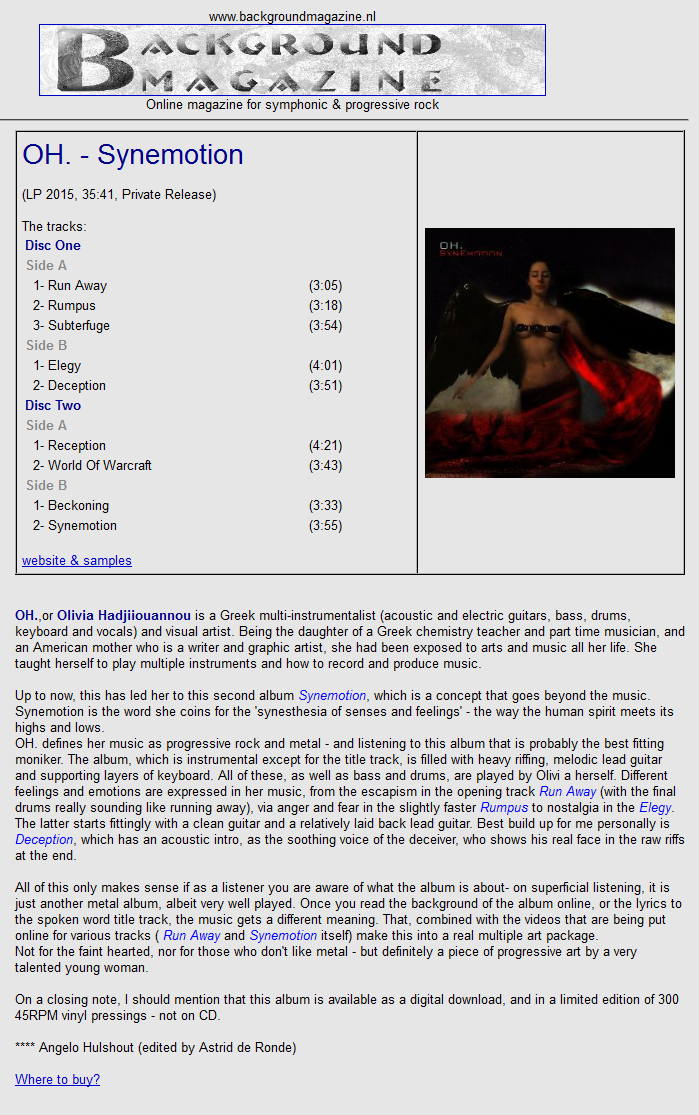