Review of Oh.’s “Synemotion” on Exposé – Exploring the Boundaries of Rock
by Oh. on August 8, 2015 in reviews Synemotion
29
SHARES
ShareTweet
Subscribe

A wonderful review by Jon Davis on the progressive rock online magazine Exposé.

With the world’s population over seven billion, it’s a reasonable assumption that there must be a few million bands around the planet. Judging by what appears in my inbox, approximately 80% of them play progressive metal. And judging by what they sound like, the majority of them have the same guitarist. That guitarist is not Olivia Hadjiioannou. Although what she does could generally be called prog-metal and her playing does, in fact, shred, she’s got something of her own that sets her apart from legions of [insert your least favorite metal guitarist’s name here] clones.

Read the COMPLETE review on Exposé. 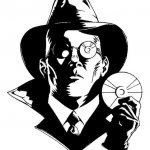 Exposé
Exploring the boundaries of rock

“Once there was music. Simple music. Maybe a nursery rhyme or a simple folk tune sung by a kind and loving voice. Soon your ears met new music, maybe a classical piece or a fragment of a pop song, a comforting melody that played in your mind the whole day through. The simplicity of youth soon gave way to the anxieties of adolescence; pop music, then perhaps rock — began to speak more directly to your spirit in turmoil. As time went by, your musical tastes continued to develop driven by a hunger for new ideas, reaching for new horizons, fusing new styles and idioms, breaking down the existing limits and barriers. Then one day you found yourself alone, ignored completely by a music and radio industry firmly set on maintaining popular music at its lowest common denominator, while your wide ranging taste for eclectic musical styles and experimentation find you increasingly disconnected from the musical mainstream. Is this you?”