How Patreon crowdfunding helps a Greek artist in Greece (Olivia Hadjiioannou)
by Oh. on May 5, 2016 in Patreon
26
SHARES
ShareTweet
Subscribe 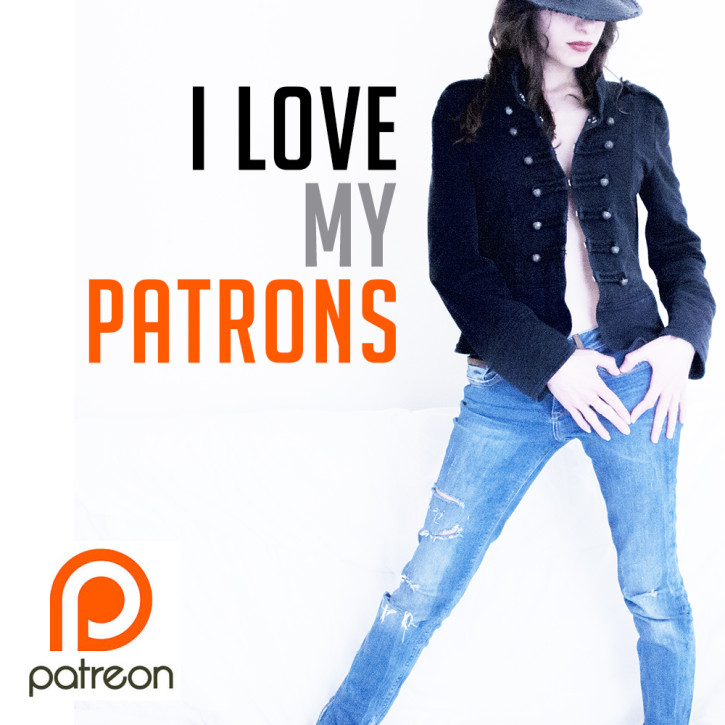 As you know, I have been using the Patreon crowdfunding platform for the last few months, and I would like to give thanks to my patrons whose help has made it possible to continue my work in music and video in Greece.

The $149 I get per creation has helped support continuing my work. This month with 2 works I made $300. Though crowdfunding is sensitive action to take, especially for a somewhat introverted musician, it has proved an immeasurable help and learning experience.

To make $300 usually I would have to sell over 30 albums (which isn’t as easy as you would imagine).

If you are an artist and want to join Patreon here.

Some of what is written on my Patreon profile

From my Patreon Profile

Patreon is this fantastic new way to support an artist or musician you truly believe in. The platform makes it very easy to give an artist a little monetary support each time they release a song or video.

What inspired me to do this?

As a multi-instrumentalist and sound engineer. I released 2 albums,
“Sleeping World (2013)” and “Synemotion (2015)” working in my home studio in Athens, Greece, and though working alone has its merits, there comes a time to work with other musicians (and pay them) and better equipment than my 2008 MacBook Pro.

Sleeping World received many great reviews, 336 official album downloads, 6830 streams and over 24,000 illegal downloads on torrent sites when it was initially released in 2013, the video for the song “Trials” (16400 views on YouTube) won an international contest with a $400 first prize with 20,000 views and 4000 votes and was considered one of the 50 top events that impacted Greece in the year 2013 during the height of the economic crisis because of it’s relevance to the austerity crisis. I was also interviewed for the print and online versions of People Magazine (Greece) in 2013 and accepted into Prog Archives which was an exciting experience.

Reviewers compared my voice to Sharon Den Adel and Anneke Van Giesbergen, others to Happy Rhodes and a cross between Kate bush and Tori Amos; all wonderful compliments to be compared to these great artists.

With the money from the previous album and the help of 2 sponsors, I released an LP, ”
Synemotion“, as a Limited Edition, Double Gatefold 12”
vinyl record, which has sold 254 copies of 300 and also received great reviews (though I shocked my fans coming out with an instrumental metal album)

Making a vinyl was an exciting process (read about it here). The video for the title song, Synemotion has risen to 32,000 views on YouTube.

I released a single, “Love Will Heal” and an animated lyric video on YouTube, the song will be part of an EP of ballads set to be released in the spring of 2016 as an experiment in a more balladesque alternative sound.

Many kind people helped me get started, gave me studio time and advice, I’d love to be able to give back and pay them properly, expand a bit and work with more musicians and be able to make my videos more interesting with props, animation and actors.

Right now though the most urgent need is to upgrade my MacBook Pro OS X 10.6 Snow Leopard (I know it is unbelievable I can still record on this) which is the hub of all my recordings.

It is on its last legs 🙁

So, even $1 per release;  would take me one step closer to having enough funds; not only to get a new computer but also to do the best for each song and video and support other artists and musicians in the process.

Most of all, we can hang out and support each other.

It’s the journey to the goal that is the most meaningful. I’d be honored to walk this path together.

How do I become your Patron, OH.?

Up on the top of my Patreon page, put any amount you want to pledge per song or video (I most likely will come out with a new piece every four to six weeks – either a video or song). So if you put $1, you will be charged $1 every time I post a complete new song (for download) or video on
YouTube.

If I do come out with more than 1 piece per month (most likely not), Patreon has a place to set a max amount after you click the “Continue to Confirmation” button, so no matter how many pieces I come out with a month you will only be charged the amount you pledged (for example $1). You can also cancel at any time.

This is a great way to support an independent artist.

I’m really looking forward to having this place to share with my supporters and patrons and most of all — given the chance… to continue to create music.

Read how the video was created:
How We Made A 360° Virtual Reality Video Without A 360° Camera

The exciting thing was the developers of the Skybox plugin for After Effects with which we made this video, without a 360 camera and with $0 budget re-posted our workflow/hack on their blog (great honor).

The 360-degree video is available for viewing on YouTube and for a fully immersive effect view using VR headsets or Google Cardboard. Please up your resolution to watch and it really needs a VR headset to get the experience.

Here is the video for Love Will Heal:
(see more on my YouTube Channel)

It is well worth spending about 40 minutes of your time to take this
journey, with the talent of this 25 year old Greek-American. With lots
of music, with few but essential words, and with originality. Something
tells me that we will soon be hearing again about her even larger
(music) plans … ~ Elias “DEMON” Papazoglou – Hard Music

“Something rare and unique about this artist. A young female multi
instrumentalist composer and vocalist in the realm of progressive rock.
Makes me a bit misty in this day of EDM muzak. Lovely textures
throughout, from acoustic guitars, haunting melodies behind the powerful
narration. Solid Prog cred on the arrangement, with stellar production
value head to toe on sound and image. OH is force to be embraced with
gratitude by any ProgArt rock fan, of which I am one.”Mark Alan Dooley ~ Fluence

OH. – A Bombshell. Take the time to listen and see this album is a bombshell to the world of guitar! ~
Progcritique.com

OH. Yes! Providing proof positive for all time that Greek women rock,
here is OH. with a tune from her 2015 album Synemotion. It’s clear that
OH. is a significant talent, sure to impress again. ~
Jon Davis – Exposé

Anyone that is into guitar virtuoso types of music will love this
release. Some of the tracks I found exhilarating and others interesting
but in the end an appreciation for the overall talent this artist brings
to the table. You can count on some amazing six string runs throughout
this listen.

She has my utmost respect for such a huge accomplishment. ~
Keith “MuzikMan” Hannaleck – MuzikMan Productions

The gorgeously packaged double vinyl record is a worthy addition to
any collection. The heavy music is powerful and explosive, and OH truly
leads you on an emotional journey.

The song synchronizes the emotional journey into something tangible
and accessible, and you get to hear a bit more of OH’s gorgeous voice
which she highlighted in her 2013 debut, Sleeping World. When you know
someone can sing, but yet they eschew that for the larger vision, which
is to wring emotion out of the listener on the strength of the music
alone, that takes courage and confidence.

I told you OH was precocious and creative. She’s also strikingly
beautiful, as one can experience in her sensual and artistic music
videos that accompany this release (check out the track Run Away on
Youtube.

OH is definitely an artist to keep an eye on. With her talent,
vision, and drive, she is definitely going to make a name for herself in
the music world. ~ Dave – Virtuosity