Review of “Metallia” by Oh. on Swedish Webzine Artrock.se
by Oh. on August 4, 2018 in reviews
22
SHARES
ShareTweet
Subscribe

Metallia by Oh. on Artrock.se

Thank you Conny Myrberg for this review of “Metallia” on Artrock.se. 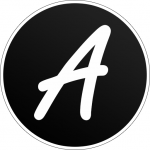 Artrock.se is a Swedish webzine for artrock. They mention on their website:

Artrock is the collective name of several music styles. These music styles often get less space among press and record companies, but thanks to dedicated people in the music industry, associations and many networking sites, interest has increased in recent years. This page mainly emphasizes Swedish events in the so-called artrocken.

Oh, too, Olivia Hadjiioannou is a young Greek artistic multi-artist with many lyric on her own. She just does not master various instruments, there is a lot to get for the interested. Previously heard beautiful musical creations from Olivia, not least with her song. Here, however, she chooses to present an EP in six parts and as the name suggests a conceptual album in the genre progressive metal but then without vocal texts. The concept might be best described by herself ?! (see video below).

Then some reflections to the music and red lion are a metal cone ala harder strokes. Bee-Spanish influences will later be completely taken over by industrial acts in the metal genre. Androgyny – Thoughts go to Kate Bush, fast here in a definitely tougher nature. Resurrection – dirty, heavy and why not a concept for a movie scene ?! Dragon’s Kiss – Vibbar we get from Peter Gabriel’s Africa beat that might also be an inspiration source? Triumph – Heavy progressive metal with a great attitude.

After some interrogations, Ep grows, which gives us music in a little different vintage, so for the curious, just release the handbrake and discover!

More Reviews of Metallia by Oh.

‘Metallia’ is what it is, not music for fragile souls but an evanescent storm of instrumental music (the voice being used not for words, but as sound) that will suit the enthusiast of powerful, progressive and experimental music.” – Rinco Ennema ~ Rock Affairs

“Do you get bored quickly by the standard prog metal music offer? that will not happen to you with ‘Metallia’! – Herman Beunk – Xymphonia

“Oh wow! What the bloody hell’s going on here then? Freshness. Uniqueness. Boldness. An outlier! Call it what you like, but this is anything but your typical run of the mill, bog standard, meat and potatoes, vanilla-like metal.” – K-MaNriffs- Blessed Altar Zine

Metallia has already drawn the attention of progressive circles, but they have yet to analyze the enigmatic, versatile, bold, suspiciously attractive style of its music.This is one of those circumstances where you think you have heard something similar before, but you can not parallel it with something recognizable. Her material sounds “metallized”, adventurous, and has a cinematic affinity. Above all, however, the sound is disruptive,  the vocal injections arouse this impact. Clearly interesting, in a sense, it could be co-production of Shrapnel and 4AD. Check it out. ~ George Politopoulos – Flight of Pegasus

Olivia Hadjiioannou is always up for a surprise… After the quite heavy “Synemotion” album, she released a couple of distinctly art rock oriented singles. However, her latest EP is quite different from everything we have heard of her before: It’s a tour de force into high-grade prog metal realms with shredding guitars, sinister vocal layers, and unexpectedly transforming rhythm patterns. All music composed by Oh. All instruments played by Oh. An overwhelming one-woman show! Favorite track: Androgyny. ~ Sven B. Schreiber

This girl isn’t afraid to sound unique with this gorgeous, mind expanding instrumental feast of experimental prog metal gifted with shredding riffs, eastern vibes, ethereal interludes and dramatic shifts in pace and complexity. There’s no empty virtuosity here though, since everything flows together into one sonic experience that never ceases to sound warm, emotional and organic. An ambitious and compelling endeavour. Favorite track: Androgyny. ~Sauro Fabi


Listening to Metallia, expect to be unexpected. Nothing is obvious here, nothing sounds as you would expect, and surprise is surprising. ~ Artur Chachlowski of MLWZ

An excellent example of how instrumental guitar albums can still sound inspired and interesting. ~ Jupiter Variation


Only after a few passages does the open music lover begin to discover that the pieces are multi-layered and rich in detail and that the electric guitar is only used as one means of expression among many. Besides the parts for the guitars and drums, one discovers the ethnically coloured percussion, the creative rhythms and breaks and the polyphonic, mostly very wild vocals as well as the more extreme and unusual sounds that one can elicit from the human vocal cords. Now and then symphonic keyboard chords shimmer through and seem to suggest recognizable structures in the often shamanic songs. In such moments the voice of Oh. may remind of some well-known singers, most probably Kate Bush.

Thus, in parts the music reveals a rather experimental character. Like “Bee”, for example, which begins with solos for the acoustic guitar and then develops into an almost apocalyptic-appearing, sometimes industrial-influenced moods, which give an idea of the considerable depth that seems to have been created for the spatial mixing. ~ Siggy Zielinski – Babyblauen Seiten