Review of Oh.’s “Metallia” by siLLy puPPy on Progarchives
by Oh. on January 5, 2019 in Metallia reviews
160
SHARES
ShareTweet
Subscribe

His review of “Metallia” left me speechless. It is an epic review—full of allusions and mythic references. He paints a picture with words of “Metallia” and places it with precision and grace among the music of the style, something only a person with deep knowledge of the genre can do.

He writes about progressive metal:

The term “progressive metal” rarely gets me excited any longer as it seems for every innovative band that finds a way to craft something completely out of the box, there are about a thousand or more imitators ready to latch on to any possible shred of creativity released and eager to dumb it down until it’s almost impossible to distinguish who actually started the innovation. Every once in a while though, some artist will find a way to create a stylistic shift that incorporates all the elements on the checklist without sounding like Dream Theater, Symphony X, Fates Warning, Crimson Glory or Pain Of Salvation. Yes indeed. Progressive can transcend whereas the metal part firmly establishes some expectations.

And all the way from Athens, Greece we find one of those unique artists who has found a way to go somewhere I’ve never experienced and I have to admit that it’s grown on me quite a bit.

and then about “Metallia”

METALLIA packs a punch like a quickened battle on Middle Earth. With the epic nature of classic Manilla Road and trance metal guitar heft that weaves around the energetic Middle Eastern percussive flow, OH. displays not only her metal idiosyncrasies unlike any other but fortifies them with some serious progressive workouts that allow the complex atmospheric overcast to create the perfect metal storm of sensual goddess driven bombast like Kate Bush joined Slayer and decided to conquer Rome. Add to that there are subtle flamenco and industrial influences to create one of the strangest albums to fall under the prog metal banner of the year. And during the short time this short little slice of metal heaven is in the midst of the battle of the forces it is quite satisfying in the end that the supplicatory pleas of “Triumph” are heard no doubt with the help of Aphrodite, Zeus and other Greek deities who enjoyed this album as much as i did! έξοχος! 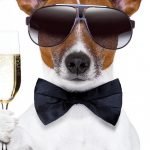 siLLy puPPy is a collaborator on Progarchives.  On ProgArchives he is on the PSIKE team which evaluates music to be included on the site for psychedelic, indo-raga, krautrock and progressive electronic as well as the JF/Canterbury team that covers jazz-fusion and Canterbury Scene and Eclectic prog team. He has written over 1400+ reviews on the ultimate progressive rock music website since 2015. He is also a reviewer on Metal Music Archives with 1608 reviews on the avant-garde metal team.

siLLy puPPy on Rate Your Music