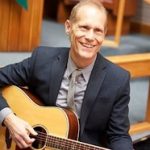 I want to thank Stephen for delving deep into the spiritual and metaphysical components of the music and my psyche. Though Stephen doesn’t know me personally, his words used to describe me at the beginning of his review validate how music can transmit knowledge and give us all understanding and gnosis. His adjectives were so precise it candidly shows he has such sensitivity and a gift of spiritual perception.

He stated in his review,

The quest for the “Philosopher’s Stone” is the stated aim, and in essence, that means becoming spiritually integrated and aware, able to transcend forces that attempt to crush and destroy the human spirit.

What a great reminder for our journey here.

Thank you also for your gift of descriptive writing, I am always taken aback when someone can put words to describe music, that is a special art. here is what he says about the album:

“Cacophonous, complex, illustrative, dense, awash in radiance, terrifying, challenging- all of it driven by the taut, ferocious guitar work and instrumental mastery demonstrated by Ms. H.

Waves of feminine choral sounds weave in and out of the tapestry, washes of intensity rarely relenting, leading me to recall why at one point in my younger days I was strongly drawn to consider using psychedelic drugs. Mind expansion, spirit expansion. Transcendence. Enlightenment.

I thought the music must be considered a language of its own, and interpreting another’s language is risky and delicate.

Yet, if you do take time to listen and not only listen but HEAR, you will be rewarded, even, perhaps, transformed.”