Review of Oh.’s “Metallia” by Antonio Menichella on HamelinProg.com
by Oh. on November 8, 2018 in Metallia reviews
152
SHARES
ShareTweet
Subscribe

It was such a delight to read his commentary for he referenced the texts accompanying the songs in the album booklet and deeply analyzed the concept of the album. Antonio is an artist, art historian and teacher. His knowledge of art, mythology and music have painted a virtual landscape with words and evoked images of the sound and deeper meaning of the album.

Olivia begins the Great Work by pouring the devastating fury of the Erinyes into inhuman vocalizations that fully invest the listener, annihilating him definitively with Sabbathian riffs and a killer groove. The sound is repeatedly fractured by acid lashed metal and by a percussive tribalism that the traditional toumperleki dominates, underlining its oriental features. 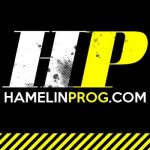 HamelinProg.com is a magical world inspired by the fairy tale of Hamelin and the Pied Piper to guide you towards pleasant and luminous sounds, but also abandon you to sinister and obscure sounds, through mythological scenarios that will also lead you to infernal and dark places..providing you with the right dose of curiosity towards a varied, complex, highly creative and rewarding musical world such as progressive rock. Hamelin Prog hosts progressive rock reviews, interviews and previews of progressive rock releases. 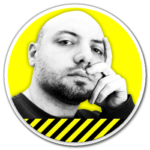 Behind the moniker OH. hides the musical project of the Greek singer-songwriter, composer, visual artist and multi-instrumentalist Olivia Hadjiioannou (electric guitar, acoustic guitar, bass, drums, keyboards, violin, vocals). The curious name comes from the combination of the initials of her real name, difficult to pronounce outside the Hellenic borders. What drives the artist to play half a dozen instruments or to insist on mixing and mastering her own music does not come from external causes but from the visceral passion to reveal an “inner story” musically.

Her progressive metal evokes intense images and causes the listener to travel in epic soundscapes. Her voice has been repeatedly associated with those of Sharon Den Adel, Anneke Van Giersbergen, Happy Rhodes, or even defined as a cross between Kate Bush, Tori Amos, Melissa Auf der Maur and Eivør.

On July 27, 2018, three years after the first album, “Synemotion”, and after a handful of singles, OH. publishes the EP Metallia, an epic progressive metal suite structured in six instrumental movements whose common thread is an initiatory journey between body and mind, matter and spirit, rebirth and awareness.

In the cover image, the slim Olivia is portrayed in the guise of a combative goddess, a modern Athena / Minerva, ready to wield the only weapon at her disposal: an electric guitar. The proud look, the severe frontal pose, the changing wings and the voluminous drapes betray classic references and outline a figure strongly rooted in the culture and mythology of ancient Greece. Behind her, intent on taking flight, an owl — an emblem of wisdom, knowledge and philosophy is there to symbolize the cradle of Western philosophical and scientific thought.

The rich iconographic set includes references to German Romantic painting of the early 19th century (“Monk by the sea” by Caspar David Friedrich) but also illustrations inspired by the ancient alchemical manuscripts. And alchemy is the concept on which the entire suite is divided.

I. Red Lion – [Prima Materia] – Red Lion has the inner Fire but only in potential. He eats matter when given his freedom and does the work of Nature. He inspires intelligence, imagination and life but he can not escape the prison of the Earth plane and can not free himself through his own power. A special key is necessary to dissolve the chains of the Earth.

In alchemy the Great Work is the initiatory path that the alchemist must take to realize the philosopher’s Stone, the Lapis philosophorum. The itinerary is marked by three fundamental operations also known as alchemical transmutations: Nigredo, Albedo and Rubedo. Each of these phases represents a stage of metamorphosis of matter.

Olivia begins the Great Work by pouring the devastating fury of the Erinyes into inhuman vocalizations that fully invest the listener, annihilating him definitively with Sabbathian riffs and a killer groove. The sound is repeatedly fractured by acid lashed metal and by a percussive tribalism that the traditional toumperleki dominates, underlining its oriental features.

II. Bee – [Nigredo] – Bee collects gold from the Red Rose of Spirit. The varying circumstances of your life create experiences which are collected and transformed into spiritual gold but only if the mind is not left unattended in rounds of empty reflection. In order to Be(e), you must be here.

The first phase of the Great Work is the Nigredo, or Opera al nero, in which the putrefaction and disintegration of matter takes place. From the initiatory point of view, this phase indicates the process of symbolic death of the adept. His old self dissolves to make room for a renewed and spiritually complete personality.

The Mediterranean sound intro soon gave way to a tragic industrial noise. Olivia’s guitar virtuosity produces very fast sounds of onomatopoeic nature which, to the same extent as Rimskij-Korsakov’s “The Flight of the Bumblebee”, attempt to reconstruct in a musical key the buzz of an industrious bee intent on collecting the disintegrated matter and transforming it into spiritual gold.

III. Androgyny – [Albedo] – You are divided into two opposing principles which will later achieve balance in oneness and triumph over the fragmental illusion of the world. You have seen the projections in the shadows and removed the conceptualizations by questioning your reflections.

The Albedo, or Opera al Bianco, represents the process of purification / distillation and preparation for the subsequent sublimation of the compound resulting from the Nigredo phase. This phase is associated with the results of a deep awareness and observance of oneself.

The ethereal but threatening chorus flurries, and the cold and angular metallic riffs symbolize the conquest of duality, the union of opposites – feminine and masculine – that are perfected through different expressive languages in the construction of articulated sound architectures of clear progressive metal nature.

IV. Resurrection – [Rubedo] – You have become what you always have been, but never knew you were — resurrected to your primal state. You have realized your divine essence while still in this physical body. Master over both the physical and the spiritual world.

La Rubedo, or Opera alla Rosso, is the last stage and culminates in the final performance of the Great Opera. The matter, putrefied and distilled during the stages of Nigredo and Albedo, in the Rubedo is elevated and sublimated. In this phase we witness the final reunification of opposites. Its symbols are the Phoenix, a creature capable of being reborn from its ashes, and the Androgyne, the being that synthesizes and embodies the virtues of masculine and feminine.

V. Dragon’s Kiss – [Citrinitas] – Though tempted by the serpent — you are not swallowed by it, rather
you are kissed by the universal unconscious, but not dissolved by it. You are given wings like the

Dragon to journey within the inner realms.

In carrying out the Great Work, Citrinitas is considered a phase in itself, that of yellowing or burning of matter. Its color is citrine yellow, symbol of the dynamism of consciousness and of will. At this stage what was once vague and confused becomes clear and luminous. This phase is associated with maturity and self-assertion. The individual has accumulated experience and is able to reach very high levels of awareness.

The mood of the suite is now more turbid and dramatic, burdened by furious and agitated developments. The rhythmic system, solid and martial, called the pitch to riff acids and strident violins, while the voice of Olivia becomes an instrument feeding war winds and launching macabre air raids that recall bellicose mythological scenarios.

YOU. Triumph – [Lapis Philosophorum] – From the disintegration of matter to the realization of the philosopher’s Stone, an apparently immaterial substance that pervades all forms and gives rise to all of creation. Its influence pervades the entire cosmos. The true journey to immortality begins.

The Philosopher’s Stone is a substance endowed with three great properties: it confers immortality through the elixir of long life; allows the alchemist to acquire omniscience; allows to transmute base metals into gold.

Harrowing screams superimposed to acute vocalises anticipate the celebration of the “Triumph”. The solid metal structure envelops the tortuous riffs and the circular rhythmic markings and then gets lost in the dark and infinite cosmic space. The Great Work is accomplished!