Today is the 13th anniversary of my Ibanez guitar.

My uncle Chris bought this guitar for me from the legendary Manny’s Music (now closed)  on West 48th Street, between 6th and 7th Avenues in NYC in 2005. Manny’s was an American music instrument store in New York City on Music Row.

He took me there one day and he told me, “pick any guitar you like”..

This Ibanez S 470 DXQM electric guitar was initially blue but is now a deep brown. 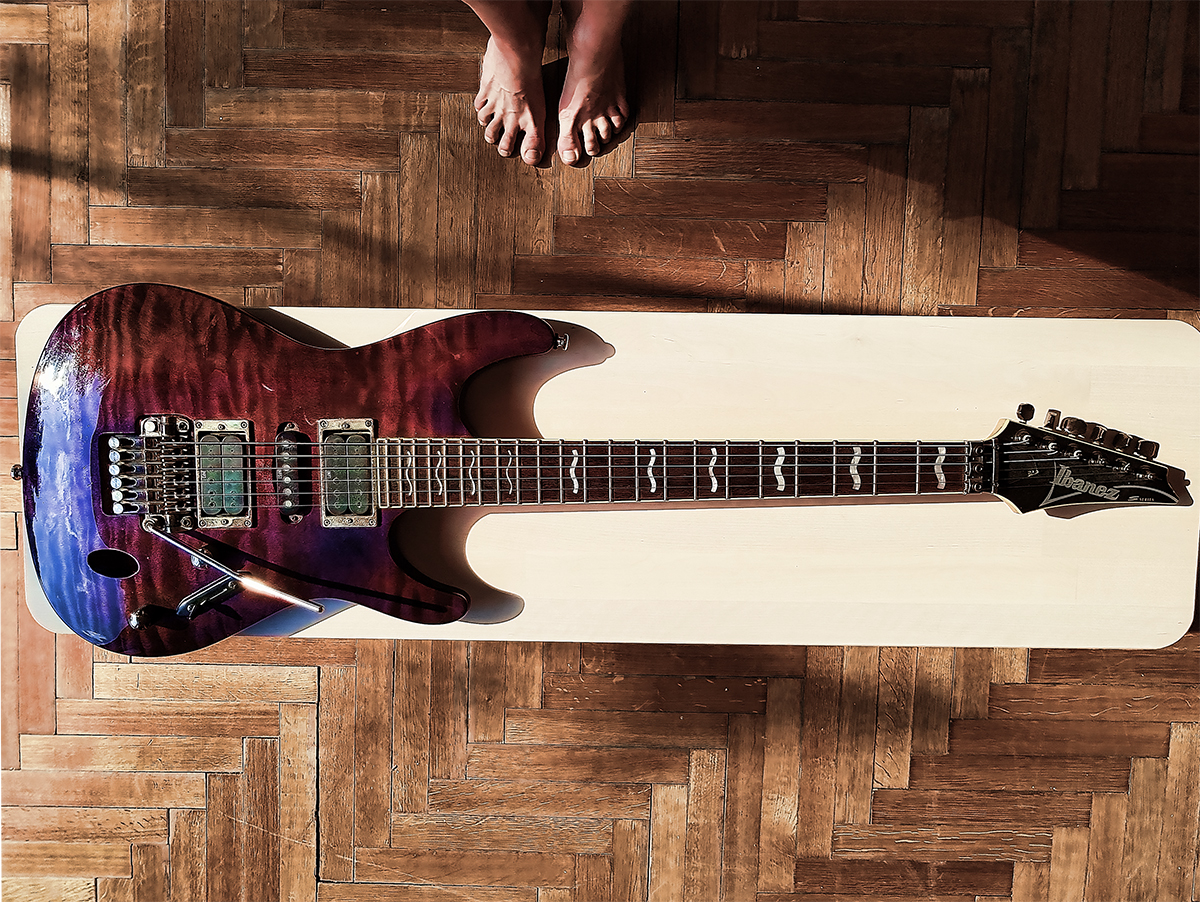