How We Made A 360° Virtual Reality Video Without A 360° Camera
by Oh. on March 22, 2016 in 360 Degree Video articles DIYmusician Indie Musician Resources Love of Avalanches tech Virtual Reality
558
SHARES
ShareTweet
Subscribe 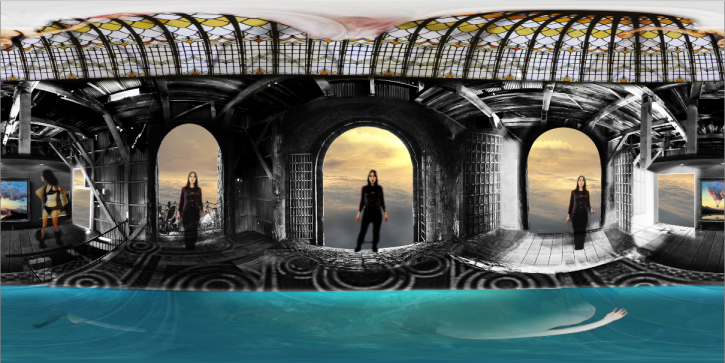 (Update: Very honored that the developers of the Mettle Skybox Suite have reposted this process on their Skybox Studio blog)

It all started with the concept of being trapped in a cage. The song, “Love of Avalanches” is about being trapped in the cage of an “avalanche” of thoughts and thought-forms. An “immersive” environment like that of a VR would be perfect for that, we thought.

So we researched some cameras, there was a new economical one, the Ricoh Theta. And though we had our hearts set on buying it, there just weren’t enough funds and they don’t ship to Greece.

I went ahead and shot some of the video of the singing parts and one of my colleagues whose a developer and designer went ahead to watch some video tutorials on creating 360-degree video in After Effects.(see resources)

We found out we can build custom cubemap images in Photoshop and later use a cool plugin from Mettle, called Skybox. We tried out the demo and then after a few phone calls found a 3D video friend in Athens who had the full version of the plugin.

We found an open source 360 equirectangular panoramic image and applied the Skybox script within After Effects. Skybox Extractor normally takes the footage from a 360 degree camera and makes it possible to edit it undistorted in After Effects. Within Skybox though is a converter which converts footage into fulldome, cubic cross (cubemap), spherical, and equirectangular formats.

When we saw the cubemap image from within the Skybox conversion, we figured why not export out that image and use it as a guide to build handmade cubemaps in Photoshop and then swap out the cubemap within the Skybox script extraction. With a few adjustments, that gave us the ability to create the 360 degree space without 360 footage. We added the green screened video of the singing parts as layers in After Effects.

This awkward “hack” is what you do when you don’t know what your doing. But it worked for us to get creative. 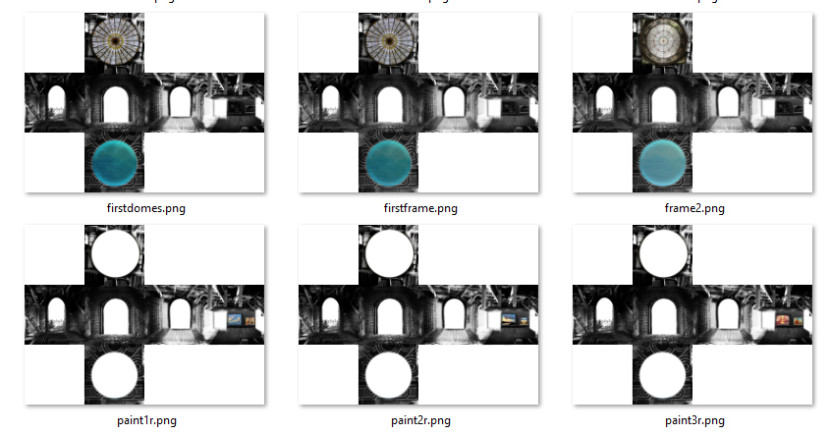 The next day, I heard some hammering in the studio. My colleague had torn apart my old IKEA bed and started building a frame for a green screen.

So we built a green screen. We tried green wrapping paper and tried to find a green sheet but they are not cheap at all! So, we tore the seams out of the cover of my red couch and made a “red screen” (you can actually chroma key any color with the Keylight for After Effects plug-in from The Foundry). I really liked the red color bleed on our amateur keying.

The first time though I tried Google Cardboard and watched a 360 video, it was U2 in the VRSE app and Bjork’s new VR video on YouTube. They made me very dizzy and I didn’t like the sensation and was worried I wouldn’t be able to watch my own video. But, the first time I saw “Love of Avalanches” with Google Cardboard, it didn’t make me dizzy. I think because my character is 2D in the 3D environment it gave something stable to focus on and made it easier to watch. Our slight video “hack” gave my brain something familiar to focus on.

We shot some footage and realized the lighting was bad. Usually I shoot my videos with sunlight in a small space, but this green “red” screen took up the entire room.

We looked at some YouTube videos on cheap lighting, and we did what you see in the gif below. The lighting cost about 30 EUR for the bulbs.

After we shot, chroma keyed and rendered the videos with the alpha channel, my colleague went and built the cubemap images using various stock photos and collage. We found some free cool textures for the skies on a gamer forum (thanks to @Hipshot).

We added and experimented with various effects. Rendered out over 32 pre-comps with special effects separately which took about a week. And finally rendered out the 5000+ frames into the final .mov file for 15 hours.

Skybox Studio allows you to display your video as Skybox Edit, Skybox Preview and Skybox Output.

When using the Skybox script on After Effects there is an output preview which is somewhat like how you view the video on YouTube with the controls on the top left. But, it is nothing like the immersive sensation of viewing it with your smartphone and Google Cardboard.

Taking the Samsung S4 camera in hand I opened the YouTube app, pressed the Google Cardboard button and was totally blown away by the environment we created.

Many say Google cardboard and 360° video isn’t anything like what real “virtual reality” is like. In the same vein watching it on YouTube with the controls compared to wearing Google Cardboard and your smartphone…well there is no comparison..it is totally amazing.

Every time you watch the video and hear the song, it will be a different experience depending on where you look.

Enjoy the video below! Watch on YouTube for the 360 effect! And for the fully immersive experience (so worth it) use VR headsets or Google Cardboard!

WATCH ON YOUTUBE in HD OR WITH VR HEADSET OR GOOGLE CARDBOARD FROM YOUTUBE SMARTPHONE APP FOR FULL 360 EFFECT!!

Some of the resources for 360 video:

Skies and and cliff-textures
Hipshot

Many thanks to my colleague, Tima Vlasto for the custom cubemaps, VR environment and Adobe After Effects workflow.