Dutch Progressive Rock Page since 1995, it is one of the biggest and longest established progressive rock webzines.

OH., or Olivia Hadjiioannou, is a multi-instrumentalist musician and composer from Athens, Greece, where this album was recorded. It says on her Bandcamp page that she also lives in the USA.

Synemotion is a solo album in the true sense of the word. All music was written, composed and played by Olivia. It is not all that often we get to see (hear) a one woman band.

The music on Synemotion is of the heavier kind in prog. Progmetal would be a suitable word for the style. As OH. states, Synemotion is a journey through our emotions, divided into nine different tracks. For the most part, this is an instrumental album, with just one track having words added. Had I not have known better, I would have sworn OH. was a full band, where at least the instruments were played by different people.

Producing an album in a studio is of course different from playing it on stage. In the studio all instruments are recorded separately and the mixing and mastering does the rest. In my humble opinion this has been done marvellously well on Synemotion. I hear a great stereo sound and the instrumentation is very well arranged.

The length of the tracks is not spectacular; from just over three minutes to under five. Still the music is very entertaining. Olivia has been giving her best shot to compose the songs. Track one is a song that could well have been done by Joe Satriani if it were not that Satriani normally has more melodic lines.

Musically one could easily say that the music is thirteen in a dozen, but there is something to it that grabs your attention. I have been spinning the album for a while now and however it may seem, it has been a tremendous job to put any conclusions into a review. The music grabs me, and on the other side I say to myself that I haven’t heard that before.

Olivia sure is a good musician and arranger. I really enjoyed this album from beginning to the end. The title track appears on the album twice, once as an instrumental and once with vocals. The lyrics for Synemotion have been written and spoke by Olivia in a sensual sounding voice, which suits the music very well.

All in all this is a very well made album, maybe a little short but that is made up for in the package as a double vinyl album. For all lovers and enthusiasts of guitar virtuosity, Olivia has made an album of international allure in heavy prog rock instrumentals. She plays rough, loud, peaceful and tranquil, but most of all she is a good musician who has already developed her own style. 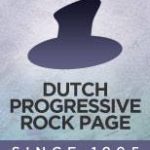 One of the oldest and largest web zines specialised in progressive rock.

DPRP started in 1995 by a small team of Dutch volunteers and has grown to become one of the leading international prog web zines, run by a team of 20+.