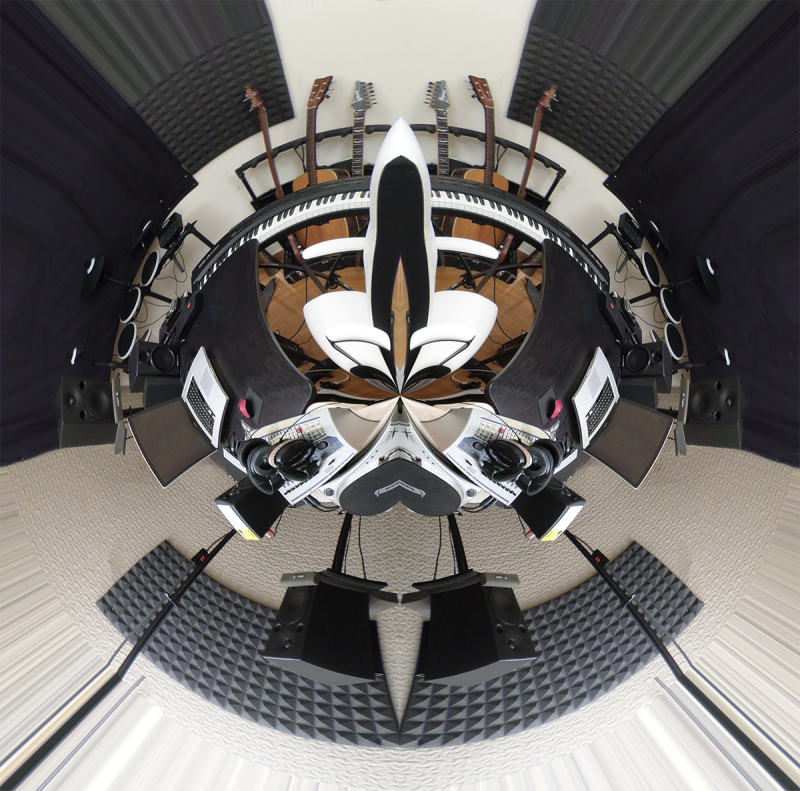 “The answers come when you are quietly willing to be without them” – V.H.

Someone asked me recently about my process and approach to music production, mixing and mastering. I usually start with the guitar — electric guitar and just play freely — anything — just let my fingers play freely until they come to a sound that makes me stop. When I find that musical phrase, then I practice that piece until I can play it perfectly and then move on to give it more expression. I like to get the power or sensitivity of the guitar right first and then move on to the drums to get the rhythm so that the guitars will be able to express themselves later on during the recording process.

It helps if you make an effort to forget you know how to play the instrument and let inspiration flow through you. It also is a good idea to not worry about playing something “wrong” and also not to be concerned about your technique at this point while you are finding your muse.

If you have a specific feeling inside you at that moment and you let it “play out” into your music – you can even find answers to many personal questions, either about your own psychology or the psychology of others.

If you let the emotion express itself while you are playing, you find as the music evolves on its own, the final solution musically has a feeling. The feedback from the composition then becomes a source of personal wisdom. As if the first music idea that comes out is the tip of a deeper iceberg of subconscious feelings which as the song progresses on its own “reveals itself”

Honestly, I don’t have a specific formula, it is the emotion that guides the process and I try to find the best instrumentation or vocals to express it.

Also, while recording the instruments, I do not play only a part and then loop that part. A colleague joked with me once and said I use the sequencer almost as a vintage tape recorder. I play the music all the way through. I know it is common practice for composer/sound-engineers now to only play parts and then since they have the technical ability, loop their riffs, drums etc. I try not to do that.

Depending on the song, if violins are needed I use them to “dress” the product at a certain point — as if I am a tailor, altering and customizing the suit or dress onto the model so it fits them as perfectly as possible.

Vocals I leave until the end. I feel vocals have become too much of a main melodic focus and I don’t believe in that. I believe vocals are just another instrument. They shouldn’t always upstage the composition. Like in classical music, vocals should be part of the composition, not the opposite — the music just an accompaniment to the vocals — unless you like listening to just vocals and not music.

Because music is a composition — it is the entire image created by the instruments for me. Vocals are a part of it, the solo, but not the music in its entirety.

So, what I do with the vocals is create choruses, and harmonies with polyphonic melodies that don’t upstage the entire composition.

After the vocals are complete, then I go through the process of mixing and mastering. 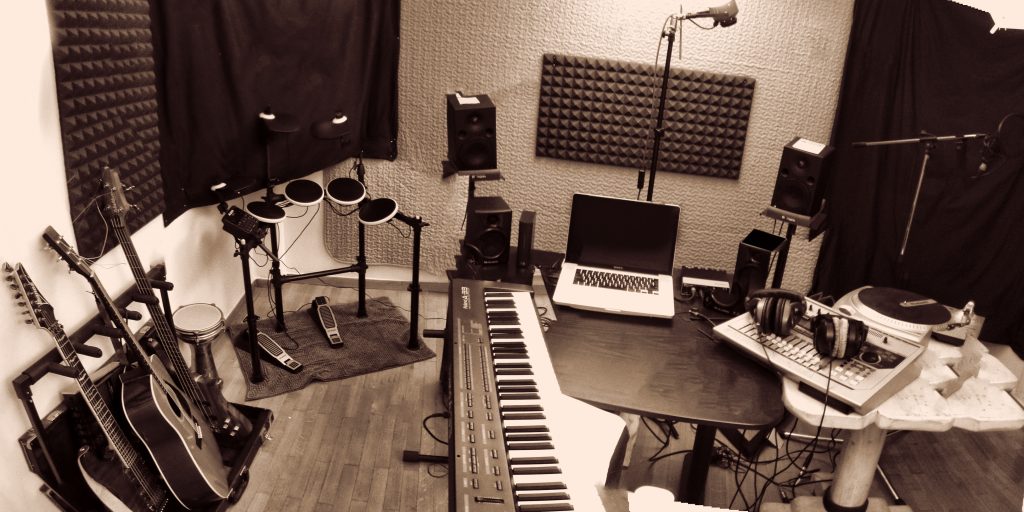 Essentially mixing is just a way to listen to what the artist or composer has made without always having to turn the volume knob lower and higher.

For example, in classical music, they leave the dynamics. A song may start out very pianissimo, later forte and after barely audible. But now the industry doesn’t allow that. If you pay attention to a new song everything is on the same level. The chorus and the refrain are on the same level. I believe in something ‘in between’, so you don’t lose the dynamics but also don’t have to have your hand on the volume knob to hear the details of the composition.

The process of mixing now, has become something surgical. Something that the music industry has promoted as being what may “make or break” an album or not. For example, every instrument needs to have its own frequency space; which is basically unnatural but necessary if you want to hear it clearly. In the days of vinyl, they didn’t have to do this, because the highs and lows were cut – for reasons of safety during the cutting process. Now, this is considered bad engineering.

I also believe every artist should be able to mix and master their own songs or at least know something about mixing and mastering, so they can get the sound they want and not just an industry standard. Mixing is as much a part of the composition as are the instruments and vocals.

Mastering— Ah… that lovely feeling you get when you go to master and you see your mix was terrible. What a nightmare!

For me, mastering attempts to bring out the best qualities of your mix. Of course, now-a-days, it’s not just about that, the polishing — it’s about the threshold — aka “the loudness war”.

Also, you might like to read: Music Production: Original Sounds vs. Preset – The Beauty of Human Error

Listen to Oh. on: