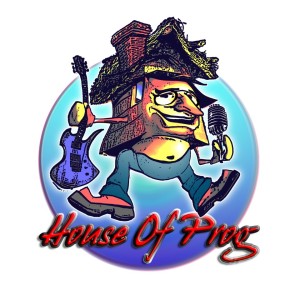 House of Prog is an online radio station that streams prog rock all day with radio shows: Housecall with the Prog Doctor, Soundcheck with Toohoppy and Iggy’s Progrock Cafe. There are also music reviews by Olav Martin Bjørnsen.

According to Rick (Toohoppy) the House of Prog is a labor of love, and born out of a desire to be a voice for so many artists that should be heard.

Rick is a lifelong resident of Central Pennsylvania, and currently is living with his wife Mary Pat (aka Mamasalami) in Newville. He grew up listening to bands like Genesis, Yes, Rush, and Kansas. Always a fan of Epic Progressive music, he like many fans thought the music vanished during the 80s and 90s. That was until he heard bands like The Flower Kings, Porcupine Tree, and Dream Theater playing on a small internet radio station in 2005. Since that day of re-discovery, progressive music has become one his passions in life. Rick is not one to classify music in to categories, and is open to both the classic Prog and also to the various newer sounds rising up from the progressive community.

Martin Dorfman, AKA The Prog Doctor, has been a huge fan of Progressive Rock since the early 70′s. He lives in the suburbs of Pittsburgh. He has a passion for live music of many genres, but especially progressive rock. A social worker by day, he spends much of his nights searching for new progressive rock and perusing the archives for lost tasty bits. He feels that new and emerging artists are the key to the survival and resurgence of progressive rock and uses his show on The House of Prog as “The Prog Doctor” to promote these artists.

There is a show tonight at 6:00 PM EST SOUNDCHECK WITH TOOHOPPY
and 7 PM EST HOUSECALL WITH THE PROG DOCTOR