OH. on the “The Prog Mill” with Shaun Geraghty on Progzilla progressive rock radio
by Oh. on July 7, 2016 in DJ's Radio
34
SHARES
ShareTweet
Subscribe

Thank you Shaun Geraghty of Progzilla Radio for playing OH. on your Podcast, “The Prog Mill” (edition 11 – broadcast on 3rd July 2016.

If you missed the show you can listen below…00:21. Shaun tells the story of how I sent him my music the moment he was stuck in the airport in Greece. He played “Banned by the Deep” from the “Sleeping World” album.

The Prog Mill can be heard on Progzilla Radio at 10pm UK time Sundays, and 0400 UK time Tuesdays. 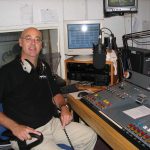 In late 2011 he presented a progressive rock show at the station broadcast from a 220 year old windmill. The show became “The Prog Mill”. The initial idea of the show was to introduce prog to the local radio audience, not only by playing the obvious Floyd, Genesis and Yes tracks etc but to also introduce many of the newer bands plying their trade in today’s ever expanding progressive music scene. The show quickly gathered a worldwide audience and even though Windmill Radio (which Stafford Radio had become) closed, he brought the show to its new home at Progzilla Radio.

The Prog Mill is very much a listener led show, and concentrates where possible on the melodic and symphonic side or the genre. Listeners are invited to choose the shows playlist each week. 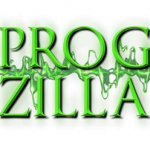 The stations houses some of the best progressive music radio programs: