“Red Lion” was selected to participate in the Lift-Off Sessions online showcase for April 2019!

How cool is that?

It even made the #poster!!

Round 1 is the Global Social Crowd Round open to the general public, who rent the entire collection of films for the full duration of the week. The festival will be collecting “votes” that will come from votes for both their favourite, and second favourite film in the comments section on the Vimeo page. The video will be available for viewing on Vimeo On-Demand as part of a series of films that make up Lift-Off Sessions April 2019 from Monday 15th April 00:00 (BST), and it will be live for the entire week – ending late on Sunday night.

So, you can join the festival by renting the collection on Vimeo and vote in the comments section. It’s a wonderful opportunity to see what other filmmaker’s are doing around the world — and see some great indie work.

Your favorite and second favorite. 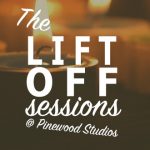 The Lift-Off Sessions is an online showcase, dedicated to bringing new audiences to the indie film market, ending with an annual live screening of the winning films at Pinewood Studios in the UK.

Every film will be screened for 1 week, via Vimeo On-Demand, that is available through Smart TV’s, Desktops, and a whole bunch of mobile devices including tablets and phones. Each film will sit within their respective programmes, with the top five voted films on each page being sent through to our final round.

Screening the latest indie shorts to as wide an audience as possible is the mission of the Lift-Off Sessions. It provides an invaluable opportunity for filmmakers and film enthusiasts to see lots of their contemporaries’ work.

The winning project will receive an official selection for a live screening at Pinewood Studios next year – along with Professional Lift-Off Network Membership for the filmmakers and producers involved with the project.