DJ Mike Pollack from the FM Radio station KPTZ 91.9 (Washington, USA) will be playing a couple of tracks from “Metallia” on this week’s edition of  “The Progressive Tracks Show.”

Mike Pollack, in his attempt to “keep the Prog Lamp burning” in his corner of the world says how he started playing progressive music:

Having an older sister (Elvis era) and brother (Beatles era), I started loving music at an early age. But when I first heard Ian Anderson growl those famous lyrics from “Aqualung” (“Snot is running down his nose……greasy fingers….smeary, shabby clothes.”) I knew I’d found MY music … 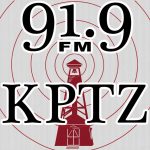 The KPTZ show is aired/streamed live Sunday mornings 3:00 – 4:00pm (Pacific Time) and is also rebroadcast Monday nights on KPTZ at 7:00-8:00 AM (Pacific Time – Los Angeles) to accommodate listeners in other time zones around the world. The KPTZ shows are available for 14 days after airing at www.RadioFreeAmerica.com

KPTZ is a listener-supported eclectic and authentic community radio station that broadcasts at 91.9 FM in Jefferson County, WA, USA  (KPTZ.org). Mike’s show is also ‘syndicated’ on Progzilla Radio in the UK (a 24/7 Progressive Rock Internet Station). 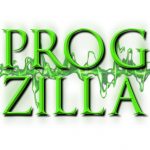 Mike says he will be in the Progzilla Lounge Chat Room with other listeners for the Monday show… so drop by to listen and say ‘Hi’ (http://www.progzilla.com/chat-room/). If you don’t have a “Zilla account”, you can log in easily via Facebook. ]

Mike also has a Tumblr blog with over 1,800 followers that he posts on daily, including artists that he plays on the KPTZ Progressive Tracks Show.

‘Metallia’ is what it is, not music for fragile souls but an evanescent storm of instrumental music (the voice being used not for words, but as sound) that will suit the enthusiast of powerful, progressive and experimental music.” – Rinco Ennema ~ Rock Affairs

“Do you get bored quickly by the standard prog metal music offer? that will not happen to you with ‘Metallia’! – Herman Beunk – Xymphonia

“Oh wow! What the bloody hell’s going on here then? Freshness. Uniqueness. Boldness. An outlier! Call it what you like, but this is anything but your typical run of the mill, bog standard, meat and potatoes, vanilla-like metal.” – K-MaNriffs- Blessed Altar Zine

Metallia has already drawn the attention of progressive circles, but they have yet to analyze the enigmatic, versatile, bold, suspiciously attractive style of its music.This is one of those circumstances where you think you have heard something similar before, but you can not parallel it with something recognizable. Her material sounds “metallized”, adventurous, and has a cinematic affinity. Above all, however, the sound is disruptive, the vocal injections arouse this impact. Clearly interesting, in a sense, it could be co-production of Shrapnel and 4AD. Check it out. ~ George Politopoulos – Flight of Pegasus

Olivia Hadjiioannou is always up for a surprise… After the quite heavy “Synemotion” album, she released a couple of distinctly art rock oriented singles. However, her latest EP is quite different from everything we have heard of her before: It’s a tour de force into high-grade prog metal realms with shredding guitars, sinister vocal layers, and unexpectedly transforming rhythm patterns. All music composed by Oh. All instruments played by Oh. An overwhelming one-woman show! Favorite track: Androgyny. ~ Sven B. Schreiber

This girl isn’t afraid to sound unique with this gorgeous, mind expanding instrumental feast of experimental prog metal gifted with shredding riffs, eastern vibes, ethereal interludes and dramatic shifts in pace and complexity. There’s no empty virtuosity here though, since everything flows together into one sonic experience that never ceases to sound warm, emotional and organic. An ambitious and compelling endeavour. Favorite track: Androgyny. ~Sauro Fabi


Listening to Metallia, expect to be unexpected. Nothing is obvious here, nothing sounds as you would expect, and surprise is surprising. ~ Artur Chachlowski of MLWZ

An excellent example of how instrumental guitar albums can still sound inspired and interesting. ~ Jupiter Variation


Only after a few passages does the open music lover begin to discover that the pieces are multi-layered and rich in detail and that the electric guitar is only used as one means of expression among many. Besides the parts for the guitars and drums, one discovers the ethnically coloured percussion, the creative rhythms and breaks and the polyphonic, mostly very wild vocals as well as the more extreme and unusual sounds that one can elicit from the human vocal cords. Now and then symphonic keyboard chords shimmer through and seem to suggest recognizable structures in the often shamanic songs. In such moments the voice of Oh. may remind of some well-known singers, most probably Kate Bush.

Thus, in parts the music reveals a rather experimental character. Like “Bee”, for example, which begins with solos for the acoustic guitar and then develops into an almost apocalyptic-appearing, sometimes industrial-influenced moods, which give an idea of the considerable depth that seems to have been created for the spatial mixing. ~ Siggy Zielinski – Babyblauen Seiten